Mizoram Chief Minister Zoramthanga and his Assam counterpart Himanta Biswa Sarma will hold talks on September 19, 2022 to find an amicable solution to the border dispute between the two northeastern states, an official said on September 16. 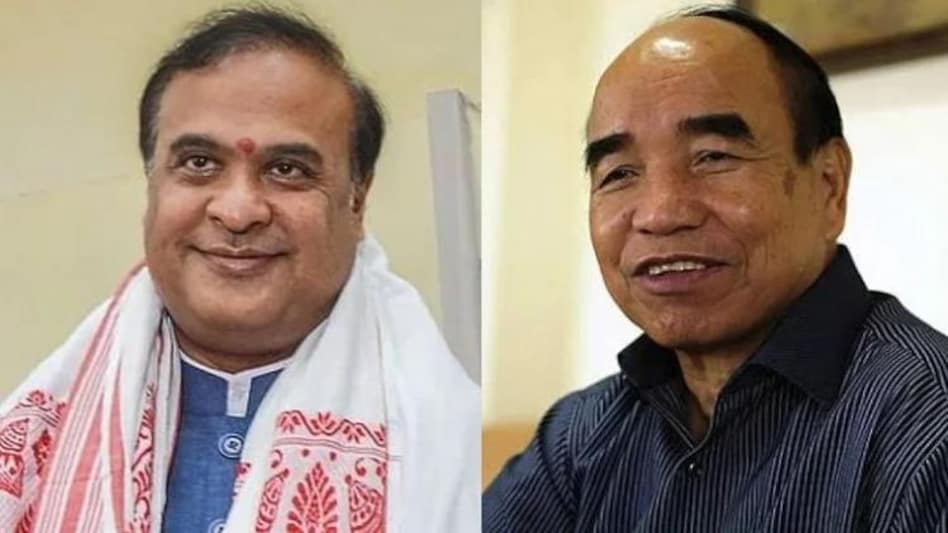 Mizoram Chief Minister Zoramthanga and his Assam counterpart Himanta Biswa Sarma will hold talks on September 19, 2022 to find an amicable solution to the border dispute between the two northeastern states, an official said on September 16.

The meeting will take place in the national capital, according to the CMO representative who is travelling with Zoramthanga in New Delhi, however, the location has not yet been chosen.

Notably on September 16, the two chief ministers spoke over the phone and resolved to meet and discuss the border problem on September 19 in New Delhi.

Earlier, the Union Home Minister, attended a previous meeting on the subject that was conducted in New Delhi in November 2021.

The two chief ministers had already planned to hold the talks in late August or early September during a phone call on August 10 of this year.

The two neighbouring states' long-running border dispute is the result of two colonial demarcations, in 1875 and 1933.

Mizoram holds that a 509 square mile stretch of inner line reserved forest notified in 1875 under the Bengal Eastern Frontier Regulation (BEFR) 1873, a certain section of which now falls in Assam, is the actual boundary of the state.

Assam, on the other hand, claims that the boundary as per survey of India's map in 1933 is the constitutional boundary of the state. Certain areas, which are now in Mizoram, fall under the 1933 demarcation.

It is to be mentioned here that on July 26, 2021 a gunfight between the police forces of Mizoram and Assam became ugly, resulting in the deaths of seven persons, including six Assamese police officers, and the injury of almost 60 others.

Following the violent clash, the delegates of the two governments met on August 5 of last year at the ministerial level and decided to keep the peace along the international border and settle the disagreement through negotiation.

The delegations have already held three virtual meetings in addition to two rounds of negotiations in Aizawl. Both delegations resolved to keep the peace and take the necessary precautions to avoid any unfavourable incidents near the border during their most recent meeting, which was place on August 9.

Next month, they also agreed to get together once more in Guwahati.

The Mizoram State Boundary Committee unanimously adopted a "Approach Paper" last week, which would be presented as the government's position on the boundary during the ensuing round of negotiations.