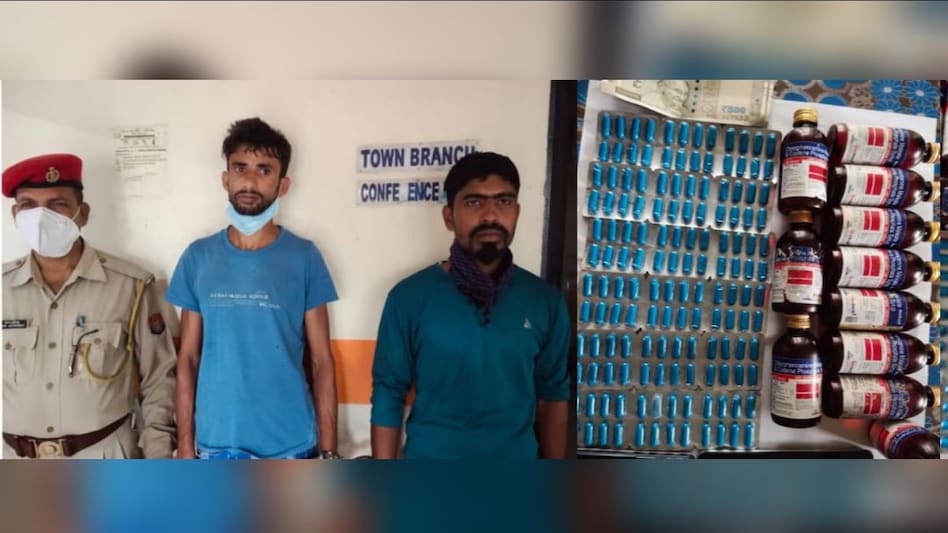 The police team led by Mukul Hazarika OC, Dhubri, have apprehended two suspects from the Josimuddin road based on secret information.

The seized contraband drugs include--11 bottles of Cough Syrup and 144 numbers of Sps Phen Plus addictive contraband tablets.

Police have also seized Rs 5,500 and two mobile handsets have been recovered from the possession of both the accused person.

A case has already been registered against the accused persons under NDPS Act, said OC, Mukul Hazarika.