Assam: Police Pelted with Stones for Attempting to Stop Mass Gathering at Mosque 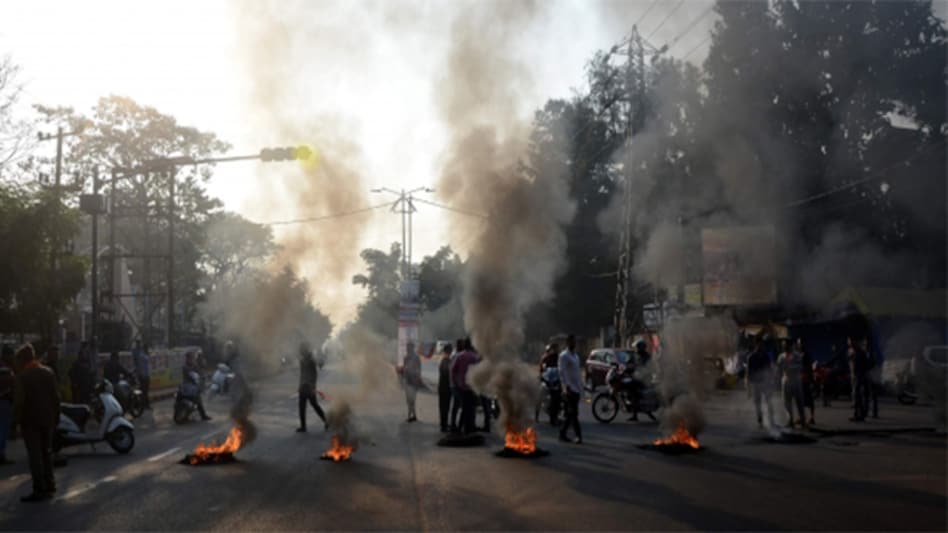 Amid the ongoing lockdown that has been clamped to curb the spread of the COVID-19, chaos erupted in Assam district Lakhimpur's Panduwa village yesterday when locals pelted police personnel with stones.

According to reports, the police personnel had gone to disperse a mass gathering at a mosque, when the locals retaliated and hit the personnel with stones. Additionally, some of the vehicles belonging to the authorities were also damaged by the attendees.

In the stone-pelting, several persons, including police as well as the headman of the village, were injured. According to reports, Biswajit Nath, the officer-in-charge of the police station, as well as the headman, have been taken to the North Lakhimpur Civil Hospital. Later, police personnel and CRPF jawans were deployed in the area to prevent the situation from escalating further.

This situation has caused a hue-and-cry in the district, as people have been discouraged against attending religious gatherings amid the outbreak of the coronavirus pandemic in the state.

As of now, Assam has reported 12 active cases of the COVID-19 and 29 patients have already been discharged and 1 patient, a 65-year-old man from Hailakandi district, has died.

After the detection of 4 cases in Bongaigaon, Sarma has announced that the Bongaigaon district will be declared a red-zone after 4 from the district tested ‘positive for the COVID-19, taking the tally of cases to 5.

Surprisingly, none of the patients have any contact history with COVID patients, nor are they attendees of the Tablighi Jamaat gathering. The patients have been recognized as Anupam Thakuria of Chaparakata, Dipak Mallik of Abhayapuri Amguri second part, Babita Basfor of Swahid Bedi, and Neena Mallik of Railway Colony.

Sarma said that the containment zone with a radius of 3 kms will be declared in the localities where the cases were found. Further, he announced that the entire district will be declared as a ‘red zone’ due to the rising number of cases.

Himanta Biswa Sarma said that a ‘special investigation’ must be carried out into these cases, as they do not have any contact-history with patients. “We cannot call it community transmission, but this is the first time that such cases have been detected which cannot be pinpointed”, Sarma said.

In the same breath, Sarma further added that the number of cases will continue to rise in the state. “We are ready. Till vaccine and medicine is not there, you cannot stop the number of cases from rising. However, the thing is, how to lessen the cases.”