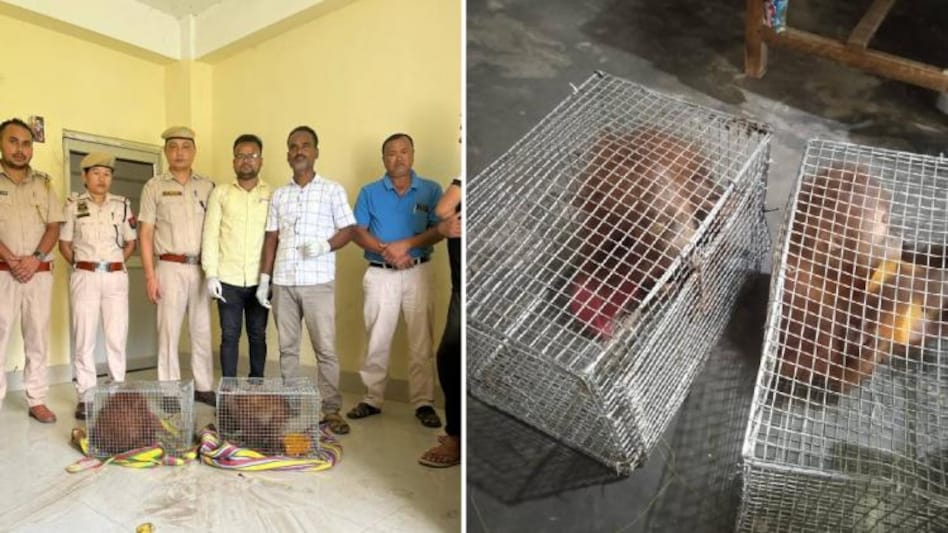 As per police, they were recovered from Lailapur checkpost near Assam-Mizoram interstate border on Tuesday morning.

Baruah said that at around 8pm on September 27, police officials noticed two abandoned boxes near the interstate border check-post.

“After opening the boxes, we found that two Chimpanzee-like creatures were kept inside and we informed the forest department immediately,” Baruah added.

Commenting on the same, Cachar SP Numal Mahatta said that the wild animals were being carried from Myanmar/Indonesia through Mizoram.

''In this regards a criminal case has been registered and investigated has been launched,'' Mahatta added.