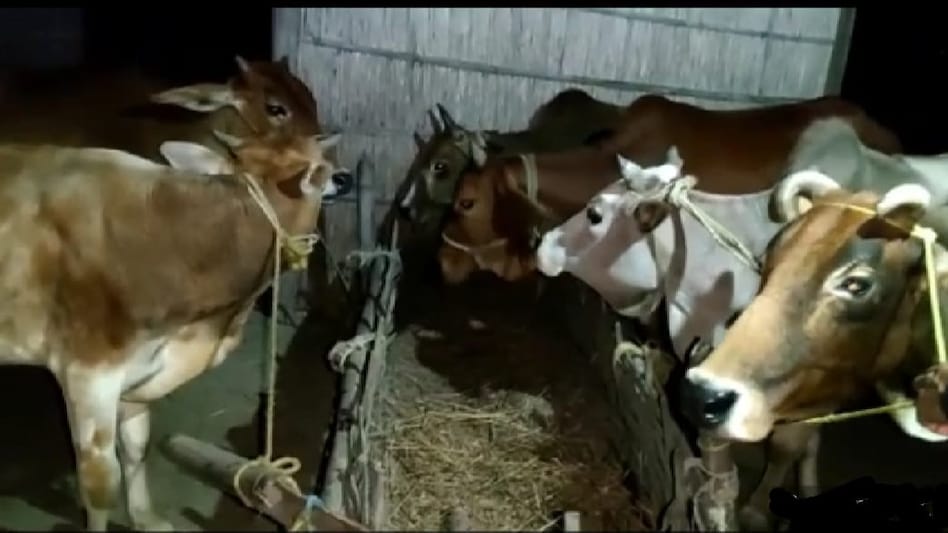 DHUBRI: In a joint operation, police team of Dhubri BN College Out Post, Dharamsala Watch Post Police monitored in collaboration with BSF and conducted a raid in Shilghari, block-l area of Dhubri and managed to seized six numbers of smuggled cattles.

Six numbers of the seized cattle have already been sent by the police to the local government pound.

The gang of smugglers fled from the scene after receiving information that the police had already reached.

The recovered cattle were being prepared for smuggled to Bangladesh through a distant settlement of Dhubri.

Dhubri police have stepped forward to tackle the threat of cattle heads being smuggled across the border.

Exclusive: The inside story of elephant smuggling from northeast to South India