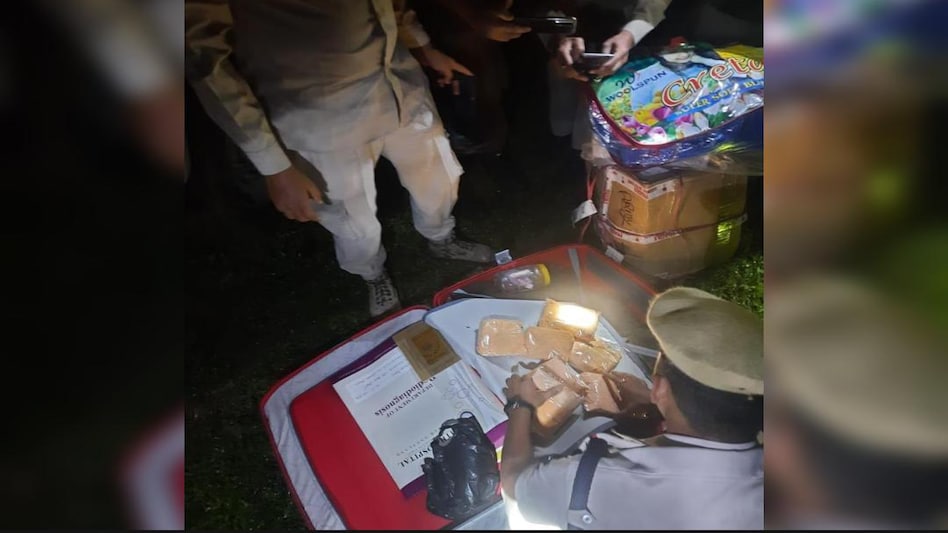 DIBRUGARH: As many as three jawans of Assam Rifle and one civilian were arrested with a huge amount of suspected heroin in Dibrugarh district of Assam this morning.

The arrest was made by Dibrugarh Police led by Additional Superintendent of Police Bitul Chetia.

As per Shwetank Mishra, Superintendent of Police, Dibrugarh, the group was intercepted by Police at Jokai near Dibrugarh while they were traveling from Dimapur to Tinsukia.

Police recovered 269 grams of suspected heroin from their possession.

The market value of the contraband substance is worth Rs 1 crore was to be delivered to a dealer in Tinsukia.

Police have also seized two vehicles used by them. A Bolero bearing the registration no (AS07L 4096) from Jokai, Dibrugarh, and one Tata Xenon bearing registration no (NL11 2673) from Dergaon, Assam.

The arrested have been identified as--Ranjit Kumar Singha of 23Assam Rifles, Binay Kumar of 16Assam Rifles, Pezslhoulie Rupreo of Dimapur IGR all in uniform, and civilian Junush Khan.

Further investigation on the matter is underway.