The Jorhat police held one smuggler with a rhino horn in Jorhat district of Assam on Wednesday. 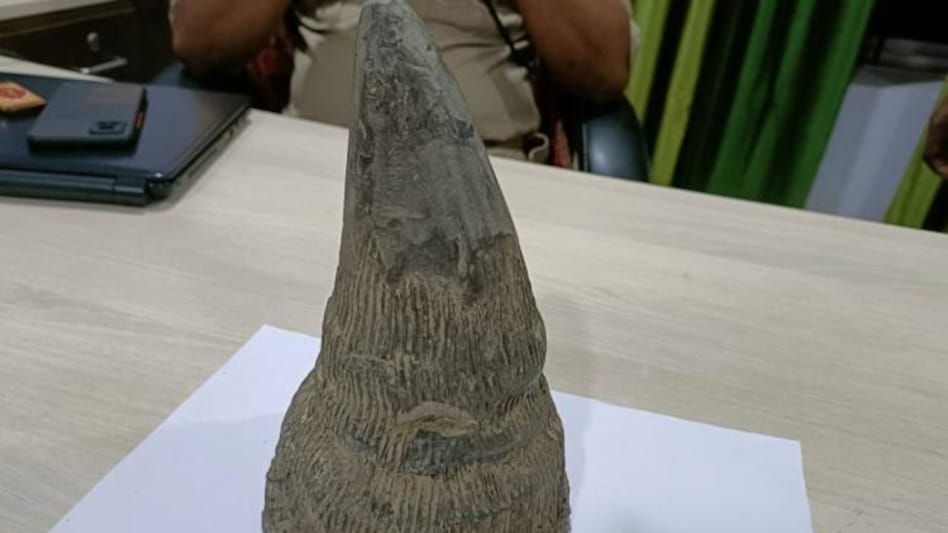 The Jorhat police held one smuggler with a rhino horn in Jorhat district of Assam on Wednesday. While acting on specific inputs, a police team in West Jorhat district, under the direction of Pulibar police station in-charge Anupam Gwala, conducted an operation and apprehended a smuggler named Qadir Ahmed and  recovered one of the rhino horns, .

"We arrested the person near Mohabandha under Pulibor police station. The rhino horn was also recovered from him," Meena said.

The SP said the smuggler hailed from Titabor, which is also in Jorhat district. "We have launched an investigation to ascertain if he is involved with any gang," Meena added.

According to police sources, police had received information that rhino horns were being smuggled illegally in the Mohabandha zone.

In the meantime, police conducted checks in the Mohabandha area.

At the same time, a suspicious person passing by on a motorcycle on the said route was stopped by the police and searched, in which the police recovered a horn weighing about one kilogram.

The police detained Qadir Ahmed, originally a resident of Titabar, and further legal action was initiated.