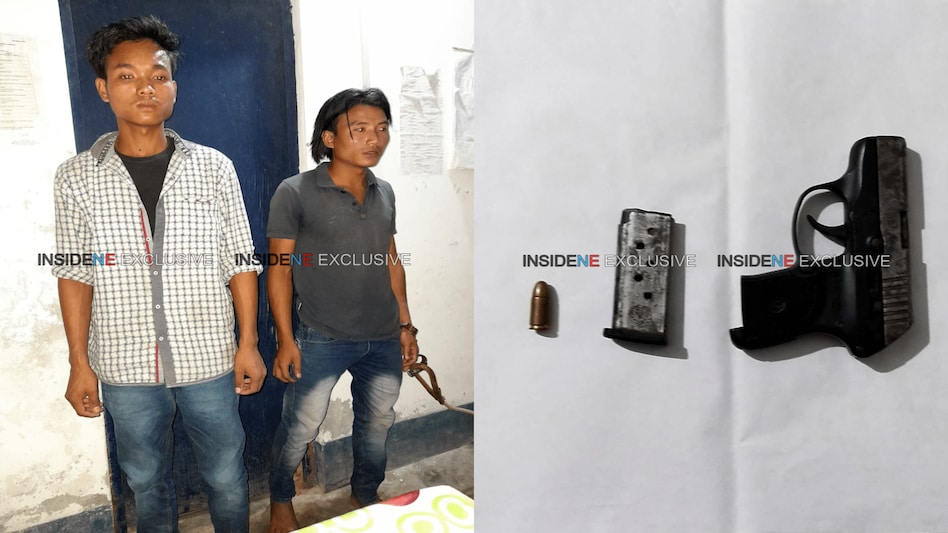 Although all factions of the NDFB had come to the mainstream through the BTR accord (Bodoland Territorial Region) signed on 27th January, yet some unknown miscreants trying to create chaos and presented by planning to kidnap a person from Tipkai Bazar and police administration able to take strict action against the miscreants and apprehended two persons on Saturday in Kokrajhar district, Assam.

According to SP Kokrajhar Rakesh Roushan, based on a source input regarding attempt by unknown miscreants to Kidnap someone from Tipkai area area under Bogribari police station, Assam a trap was laid by deputy SP(HQ),  OC Bogribari, in-charge Tipkai and staff  in and around Tipkai market area. Police personnel in civvies were placed in and around the market area on Saturday.

At around 7:30 pm, two suspected individuals on a bike were seen roaming in the market. Police personnel deployed there stopped them and apprehended and after thorough search, one factory made 7.65 mm pistol with one magazine and one live bullet were recovered from their possession.

They have been identified as Mahanta Narzary(23) of Chirang and  Rijoy Swargiary(20) of Udalguri. Both were from former members of Dhiren Boro group of NDFB (P) and stay in Chirang district, Assam.

A strict interrogation is going on with them.

He informed that the former members of the NDFB –Dhiren Boro faction have tried to kidnap someone from Tipkai area and later police foiled their planning through strict steps against the incident.