A herd of wild elephants entered No. 1 Bishnupur village under the Bijni sub-division of Chirang district and destroyed houses along with many essential items on January 23 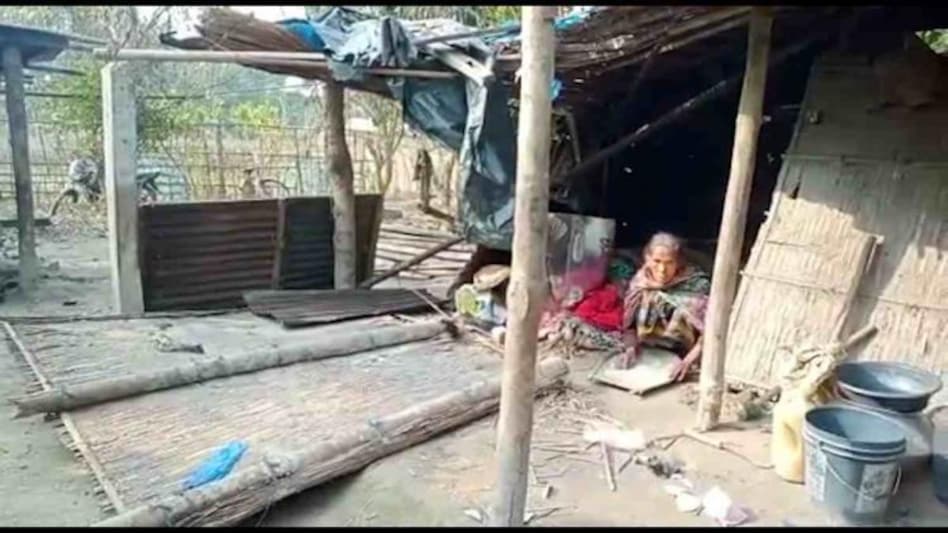 Wild elephants continue to pose a threat at 1 No. Bishnupur area of Assam's Chirang district. This time a herd of wild elephants has ransacked the house of an elderly woman.

A herd of wild elephants entered No. 1 Bishnupur village under the Bijni sub-division of Chirang district and destroyed houses along with many essential items on January 23.

While the herd of elephants were roaming freely in the hamlet, they entered the house of a poor woman and demolished her house completely.

“I have not received any help from the concerned authority. The wild elephants are causing damage to me more often and I have not received any financial assistance from the government. Many people in my village have received houses, and money from the government but I haven't. They are constantly on the move looking for food in our fields, gardens, and kitchens. We passed many sleepless nights before”, the old woman shared her words with the media on January 23.

Earlier on December 26, a herd of wild elephants attacked the group at Amsoi Shiva Kunda in Nagaon on December 25.

The group of picnicers from Raha, Namgaon, had arrived at Amsoi Shiva Kunda, a famous picnic spot, when a herd of wild elephants descended from the Shiva Kunda hills and attacked the group.

One of the members of the group was trampled to death, while others managed to escape unhurt.