Due to their team effort, the women folk have managed to evict three liquor dens in the village. Simultaneously, the environment of the village too has improved tremendously in the last few days. 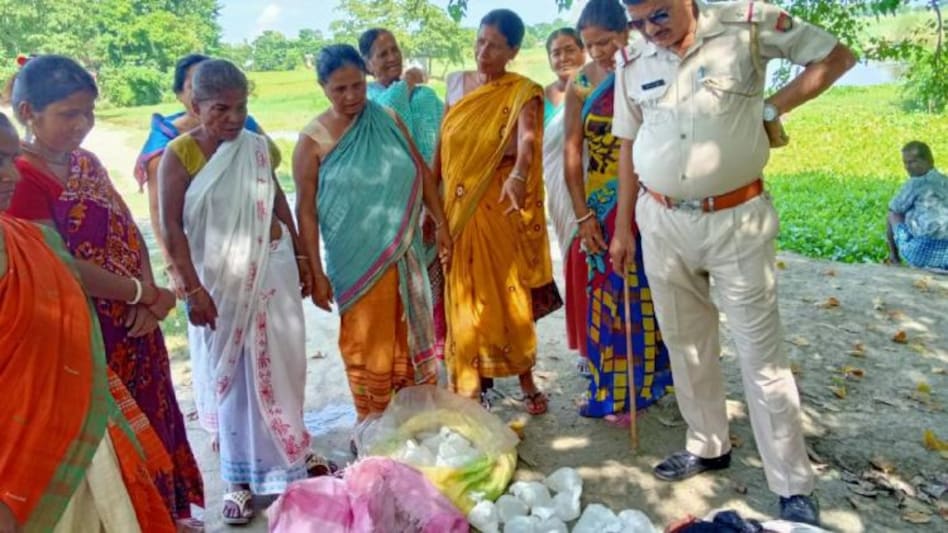 A 15 member-team comprising only women, steps out at night time in Barpeta’s Bamuna Satra area, holding sticks, and torches in their hands, and stay guarding the village.

This group of women stay guarding their village to check on anti-social elements and crack down on illegal liquor dens.

Prepared on a war footing, these women comprising of mothers, and daughters-in-law, come out at night time after incidents of mushrooming illegal liquor dens have claimed many lives and destroyed many.

These groups of women have pledged to clean their village of any anti-social elements and keep the environment healthy thus protecting the lives of the upcoming generation so that they don’t get influenced by the evils of society.

Speaking to the media, one of the women from the team said, “Once upon a time, the majority of the residents of this particular village were heavily addicted to alcohol. In every nook and corner of the village, a vicious circle had set up a den of liquor shops, selling alcohol and destroying the lives of the young and old. Many families were devastated by the influence of alcohol and gambling that was once rampant in the Bamuna Satra area.”

After many young men started dying under the influence of alcohol, the women folk took over the reign of fighting against the evils of the society and decided to stay guard against any incident of illegal sale of drugs or alcohol.

Due to their team effort, the women folk have managed to evict three liquor dens in the village. Simultaneously, the environment of the village too has improved tremendously in the last few days.

The operation of guarding the village which started three years ago, continued even today as more women have come forward to join in the initiative.

Every night, the women's team comes out, guarding the village and with the additional help of the police administration, the women's team have succeeded in suppressing many anti-social activities whenever they were reported of any such evidence of wrongdoings.

Salvaging a perfect example for society, these women have now become role models for many as they continue their fight against society’s demon.