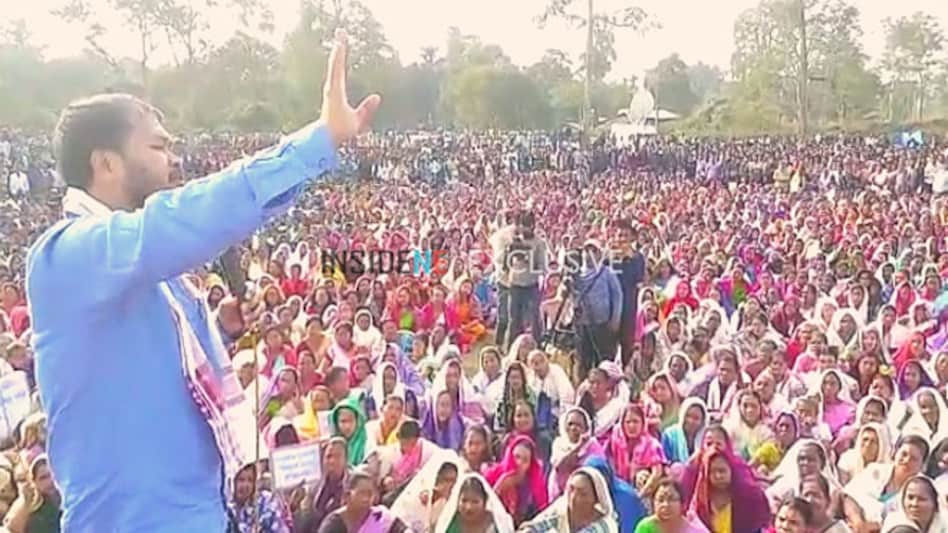 The BJP government’s bête noire Akhil Gogoi is at it again! The Krishak Mukti Sangram Samiti (KMSS) leader who has been one of the most vocal voices against the Citizeship (Amendment) Bill 2016, had some stern words for the current Assam administration as well as the Government of India. Assam CM Sarbananda Sonowal and PM Narendra Modi better take note! 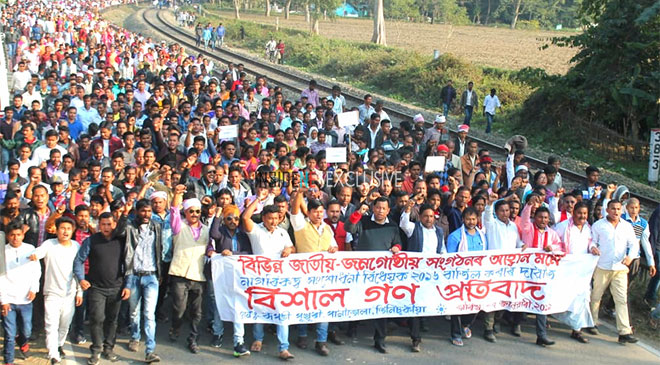 A scene from the protest[/caption]

A mass gathering was hosted today by the seventy organizations (including the KMSS) to protest the controversial Citizenship (Amendment) Bill 2016 at ‘Panitula Rupohi Pukhuri’ in Assam’s Tinsukia district where Gogoi as well as many other leaders of the anti-Bill movement were present.

In a speech given in front of the large assembly of people who are opposed to the Bill, Gogoi said: “We are prepared to go to any lengths. If they (the Government) try to pass the Bill, Assam will be compelled to say that we don’t want to stay with India. It is clear, if India gives us respect we will stay with India and if not, we won’t stay. Every Assamese needs courage to say these words. Mizoram has said these words.”

It is to be mentioned that the Bill is expected to be raised again in the upcoming days in Parliament.