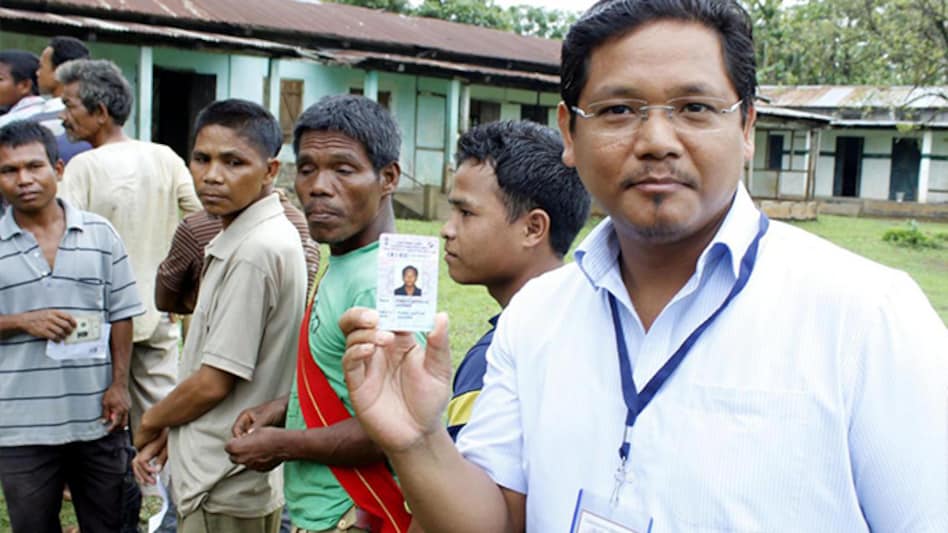 Nazira: With activities of the regional forces gaining momentum in Upper Assam in the run-up to the state Assembly elections, the BJP today staged a show of strength in the traditional Congress bastion of Nazira.

High on confidence after leading the BJP to resounding victories in the recent BTR and TAC polls, BJP strongman Himanta Biswa Sarma sounded the poll bugle leading a cycle rally in Nazira, the constituency represented by the leader of the opposition in Assam Assembly Debabrata Saikia, son of former chief minister Hiteswar Saikia.

The over-26-km rally was flagged off at Mathiachiga Chariali and traversed through the entire Nazira constituency before culminating at Nazira Natya Mandir where Sarma addressed a gathering of more than 2,000 people in a programme organised by Ashroy, an NGO.

Sources said, apart from cyclists, BJP workers from different parts of Assam, including some from Guwahati, were seen riding motorcycles and scooters as part of the rally.

This is the second time within a year that Sarma led a bike rally in the constituency. He rode a motorcycle along with thousands of followers in February 28 last year only to be accosted by Congressmen for allegedly taking out the rally without prior permission. It was alleged that the rally caused “inconvenience” to common people, especially the HSLC candidates. He also alleged that most of the motorcyclists violated traffic rules by not wearing helmets.

This time around the rallyists came under the scanner for their flagrant defiance of COVID-19 protocol. Somewhat ironically, the state Health Minister Sarma himself was seen violating COVID-19 rules by not wearing a face mask or maintaining social distance which the Supreme Court had recently reminded the political parties only a few days ago.

The saffron advent to the Congress stronghold is viewed by many as a consequence of the grand old party forging an alliance with the All India United Democratic Front (AIUDF) for the ensuing polls. Political analysts feel that the Congress might lose ground in Upper Assam due to the alliance, more particularly after the party lost its three-time chief minister Tarun Gogoi’s charisma.

The Assam Assembly elections are scheduled for April. The Congress has so far lost the Nazira seat only twice since Independence – to Tonu Konwar of Asom Gana Parishad (1988 by-polls) and Drupad Borgohain of CPI (2006).