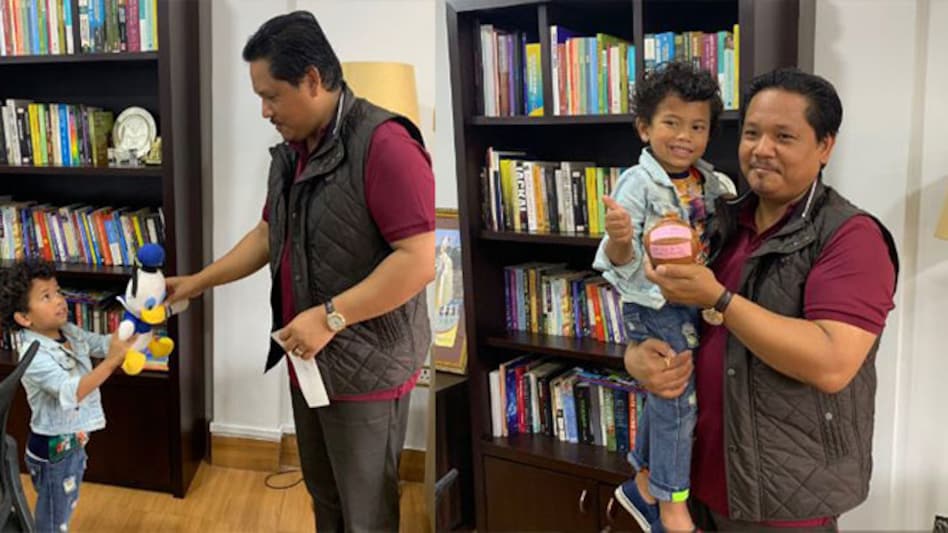 Talking to media persons on the sidelines of an election rally at which was also attended by other artistes, Bora said, "I have come here to campaign for the local candidate from BhergaonPhatik Kachari. We have been taking part in several election campaigns. We are pleased and happy to campaign for Phatik Kachari and it is certain that the BJP will form a BJP Government here. The circumstances point to the fact. Change is coming here."

Another BJP-affiliated artist, singer Vidya Sagar, said that "the misrule of the last 15 years will be rejected by the people when they head to the polling booths."

Addressing the gathering at Dimakuchi today, Assam Minister Himanta Biswa Sarma claimed that the BTC administration was given adequate funds for developmental funds. “People will be shocked to learn that from 2016 to 2020, the BPF party was given a sum of Rs. 10,000 crore. Over the last two years, we had given them Rs. 3,000 crore. Had this money been utilized properly, the BTC area would have been one of the most developed regions. However, there are no roads here and the roads in the villages are of the lowest quality which is why the people face great discomfort. The educational institutes do not have infrastructure and the people are even deprived of their basic benefits from the schemes.”

The Minister that the BTC administration has not given land pattas to any of the residents and are deprived of basic rights of buying and selling land. “We want to ensure that every single person living in the BTC should get equal rights. We have resolved that there will be a BJP Government to ensure equal rights for everyone.”