BJP, UPPL members of BTC go missing; is Hagrama forming govt in BTC ahead of May 2? 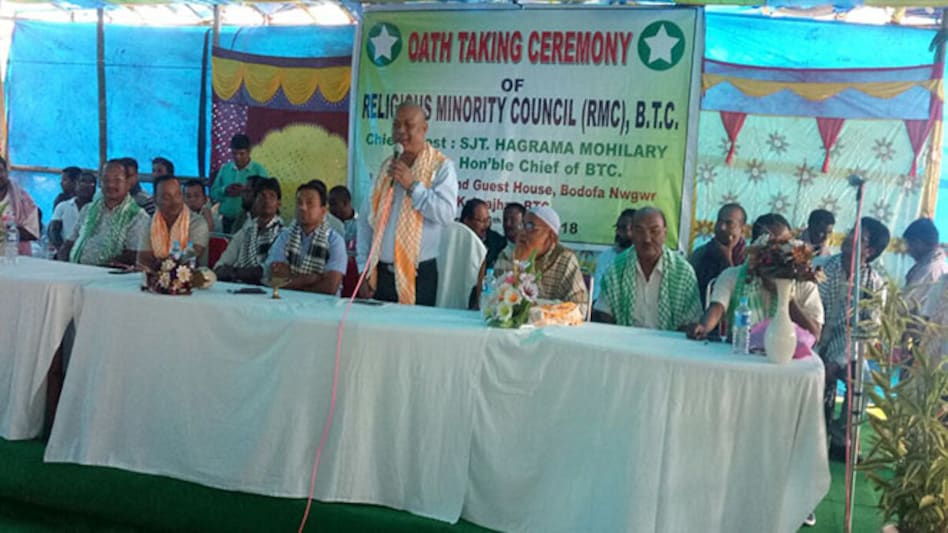 KOKRAJHAR: In what could be a massive political crisis in Bodoland Territorial Council (BTC), the Bodoland People’s Front (BPF) appears set to topple the Pramod Boro-led government even before a new government assumes office at Dispur.

In a latest twist of events, at least six members of the council’s ruling BJP-United Peoples Party-Liberal (UPPL) coalition have gone missing over the past three days.

The six include five from the UPPL and a BJP member.

ALSO READ: 80% Of Myanmar Refugees In Mizoram Are Policemen

Sources said, the six were supposed to be part of a pleasure trip to Goa for the elected members of the ruling coalition that took off from here on Sunday. However, the six neither joined the rest, nor are in accessible to party leaders. Their cellphones are also stated to be switched off.

The BJP-UPPL-Gana Suraksha Party coalition has 23 members in the 40-member house. The BPF was the single largest party electing 17 members in the BTC polls held last year. BPF chief Hagrama Mohilary had recently said during Assam assembly elections campaign that his party was going to topple the Pramod Boro government soon.

Sources in BPF said the six members have been in contact with the BPF and are likely to join the party at the earliest. If the six join, BPF’s strength will increase to 23 making it eligible to form the government. The BPF ruled the Bodoland council for 17 years since it was first formed in 2003.

The sources also said that the BPF was forming the government in BTC before May 2 when Assam assembly election counting will take place.

The development apparently forced Pramod Boro cut short his family trip outside the state and return. He is learnt to have taken a flight to New Delhi today.

The BPF had been disapproving of the BJP-UPPL-GSP government and had even moved the court immediately after the new council was sworn in.

A similar missing action took place recently in the Bodoland Territorial Region, when BPF’s Tamulpur candidate Rangja Khungur Basumatary retired from the Assam assembly election in the eleventh hour and switched loyalty to the BJP.

Once bitten, twice shy, the BPF has lately shifted eight of its assembly election contesting candidates to Congress-ruled Chhattisgarh fearing horse-trading by the ruling coalition.