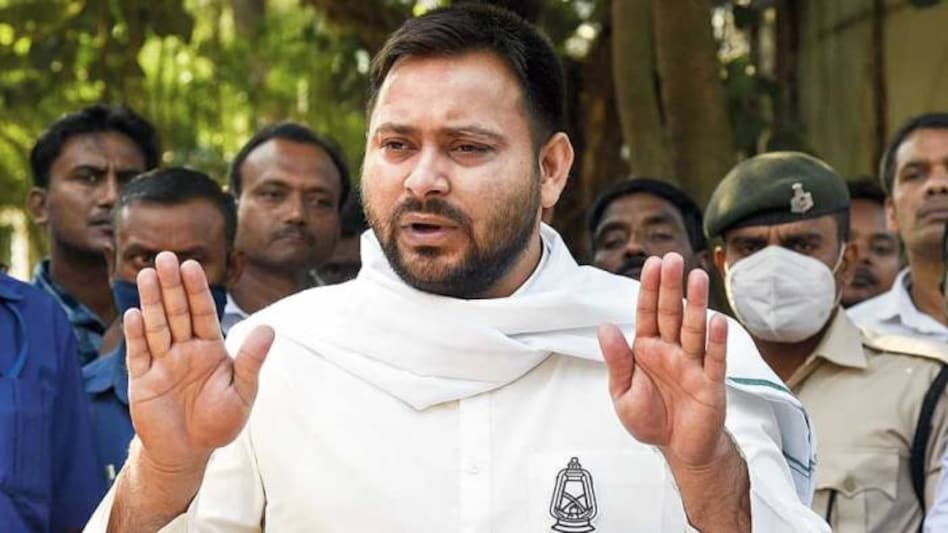 "Since BTC was created on February 10, 2003, the day is celebrated every year as Bodoland Accord Day by the BPF. This year also BPF is going to celebrate the day ... at Bishmuri in Kokrajhar district, with a gathering of lakhs. I would like to request you kindly grace the programme as Chief Guest," the BPF's invitation from former Bodoland Territorial Council chief Hagrama Mohilary to Tejashwi Yadav said.

A leader of the now disbanded Bodoland Liberation Tigers, Mohilary is one of the signatories of the accord in 2003.

Although the BPF has severed ties with the BJP after the BTC election in December last year, it continues to be an ally of the BJP in Assam assembly. The BPF had severed ties with the Congress in 2015 and forged alliance with the BJP only to be ditched by the latter in the BTC polls. The BJP tied up with the United People’s Party – Liberal in the BTC polls and said it would go to the assembly elections as well as allies.

The RJD is a bitter rival of the BJP after the particularly after Bihar elections in October-November last year.

The RJD won 75 seats in Bihar to emerge the single largest party. Sources said it has been planning to contest 25 to 30 seats in Assam assembly polls in April.

"Fourth BTC general election was held on December 10, 2020. In this election the BPF won 17 of 40 seats. However, despite winning only nine seats the BJP formed the government forcefully by horse-trading ... compelling UPPL (12 seats) and two others to join them disrespecting the mandate of the people. The people of Bodoland stand against discriminatory, communal, and religious fundamentalist organisations like BJP," Mohilary wrote in the letter.

In January last year the Centre signed another accord with the National Democratic Front of Boroland, another armed outfit of the Bodo-dominated north bank of the Brahmaputra. Under this accord thousands laid down arms, and the Centre agreed to reconstruct the council and its boundaries.