BREAKING: ECI nod to the ship as AJP election symbol 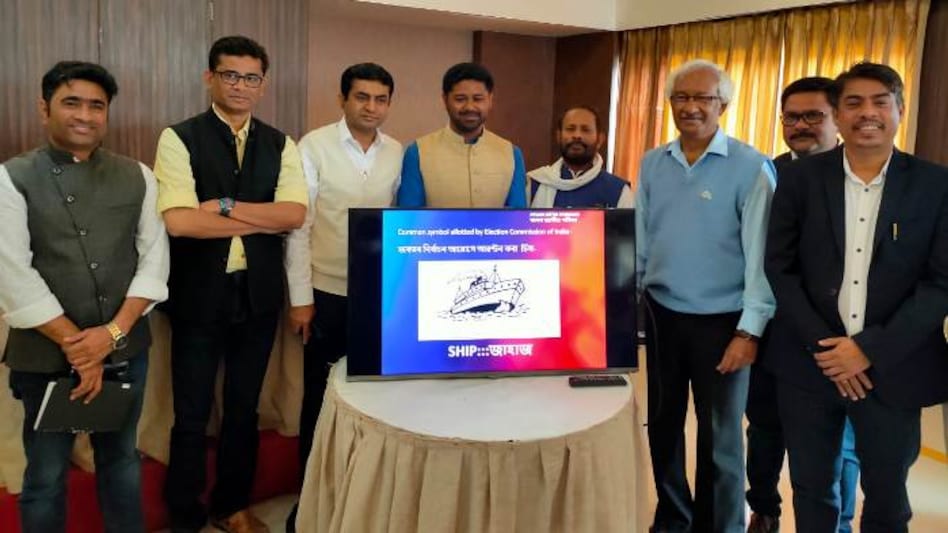 This was announced by AJP president Lurinjyoti Gogoi.

The All Assam Students' Union-backed party, floated on the anti-Citizenship Amendment Act 2019 plank, has forged an alliance with Krishak Mukti Sangram Samiti-backed Raijor Dal to contest the Assam assembly elections in March-April.

The state will go to the polls on march 27, April 1 and 6 to elect a new dispensation in Dispur from a tri-cornered contest.

The cash strapped Raijor Dal-AJP alliance has been banking on the anti-CAA sentiment of the people of Assam to take on the ruling BJP and opposition Congress alliances.

While Lurinjyoti Gogoi is a former AASU general secretary who spearheaded the anti-CAA protests in Assam in December 2019, the Raijor Dal is led by jailed firebrand KMSS leader Akhil Gogoi.

The two regional parties have refused to join any alliance with any national party or communal party. raijor Dal is yet get its symbol for the ballots.