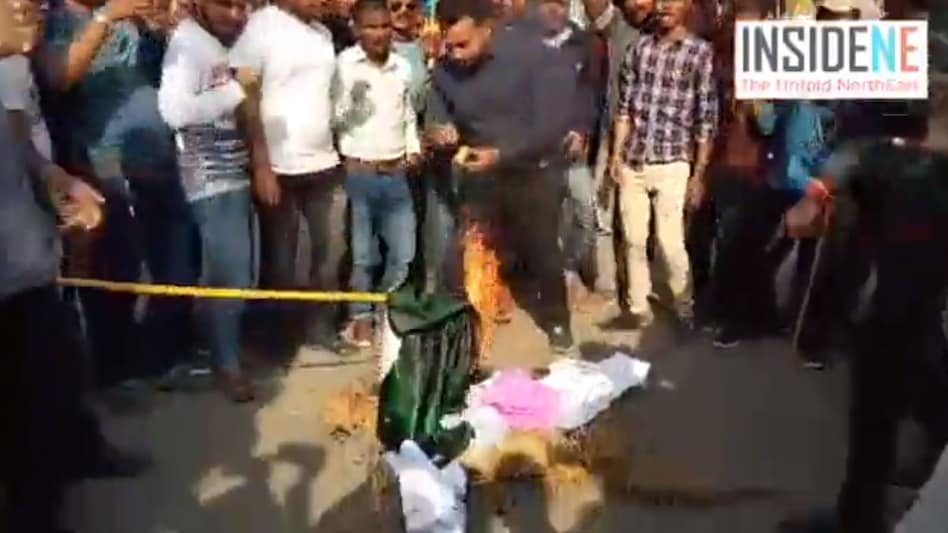 Baksa: Even as electioneering has begun in earnest ahead of the BTC pols, United People’s Party Liberal (UPPL), one of the leading parties all set to contest the Bodoland Territorial Council (BTC) elections, believes that people in the Bodo-dominated region of Assam are looking for a “change.”

The party which is led by former student leader Promod Boro, is looking to replace the Bodoland People’s Front (BPF), which was the last party to rule in the BTC before the deferment of the polls in the state meant that the Governor of Assam, Jagadish Mukhi, took charge of the region.

Today, a cycle rally was held in Baksa district in which Boro, who is contesting from the 28 no. Goybari Constituency, was also present.

The UPPL leader, lambasting the BPF, said, “The BPF party came to power based on aggression and violence. Through a show of power and might. People -- be it Bodo and non-Bodo -- have gotten wise to that. That is not what people want. People want a change and a corruption-free government to be elected in the region,” he said.

Boro also informed that the UPPL is organizing cycle rallies in a bid to ensure that people from all walks of life -- including the rural residents -- have their voices heard in the BTC.

The BJP and the BPF are the other key factors in the BTC polls. All three parties in the fray remain confident that they can all form the Governments in the region.

Earlier, ssuing a 'war cry' ahead of the polls in BTR in Baksa district, Bharatiya Janata Party (BJP) State president Ranjit Kumar Dass on Sunday announced that not less than 500 rallies would be held throughout BTR in support of the BJP candidates contesting the BTC polls.

Speaking on the alleged rift between the BJP and the Bodoland People's Front (BPF), BJP president Ranjit Kumar Dass said, "We did not contest the Panchayat elections with the Asom Gana Parishad (AGP) despite being their allies. Our alliance is for the VidhanSabha and discussions will be held to determine whether that will continue."

Dass again said that people in the BTR wanted the BJP to assume charge of the region. "They have seen how smoothly the Centre and Assam are being governed under the BJP. Therefore, BTC people want that same kind of smooth and hassle-free governance here," he said.

The polls in the BTC are likely to be held in the first half of December of 2020.