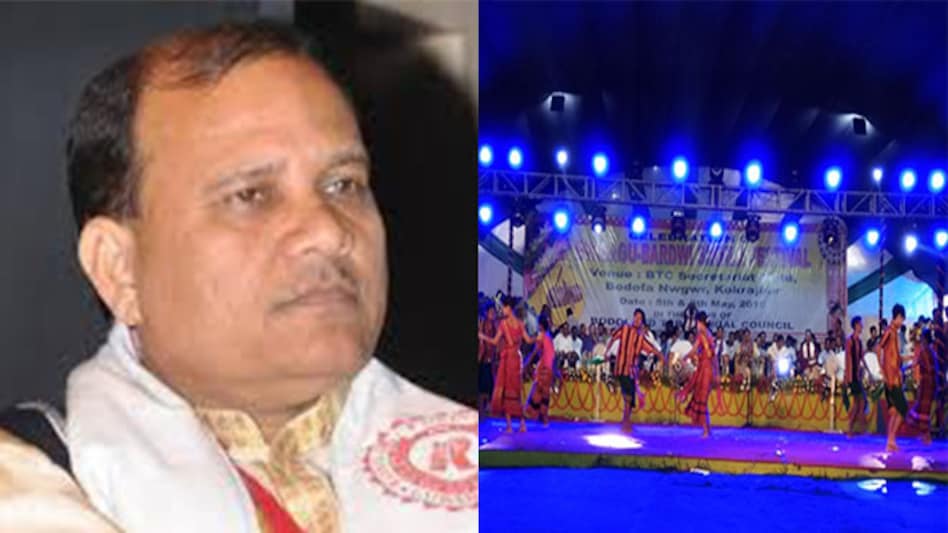 On the second day of Bwisagu Bardwi Sagu, the President of Asom Sahitya Sabha Paramananda Rajbongshi stated that Bwisagu Bardwi Sikhla which is organized by BTC under the aegis of Hagrama Mohilary is a featival to mark the unity of Assam. He stated that Assam’s rich cultural heritage is woven by the  thread of love,understanding and brotherhood. He stated that at a time when the tribes of Assam is somewhere carried away by the entanglements of hatred, the festival is doing the part to revive the mutual love and understanding. He stated that the festival has done its the part to bring all the tribes of Assam under one umbrella as representative of different tribes from all quarters has come in to join the celebrations.

He also went on to speak about Asom Sahitya Sabha. He spoke on how he had talked to Hagrama Mohilary and forwarded the proposal of celebration of the festival to spread the message of peace among the different tribes. He spoke on the vital role of language which plays an integral part of culture, neglecting which leads to identity crisis. He also stated that Asom Sahitya Sabha will forever strive for the cultural unity of the State.

He urged Chief Minister,  Sarbananda Sonowal to come forward for the celebration of some similar festival to bring the tribes of Assam under one platform, removing dissection and hatred.