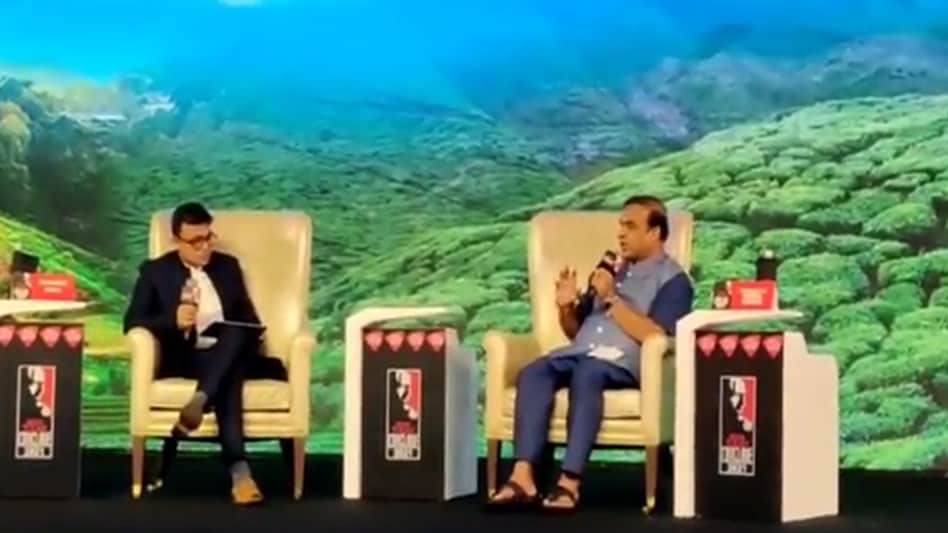 GUWAHATI: Assam Chief Minister Himanta Biswa Sarma said that the government will not allow 1000 families to occupy 77,000 acres of land as part of an eviction drive for encroachment on government land.

The Chief Minister said this at the 19th edition of the India Today Conclave 2021.

CM Sarma also took to Twitter and shared a post saying, "We can't allow 1000 families to grab 77,000 acres of land. Eviction is an ongoing process."

Speaking at the conclave CM Sarma said, "We have evicted them because this is a land of 77,000 acres and 1,000 families cannot occupy that 77,000 acres of land. There has to be an economic distribution of land and our land policies said nobody can occupy land more than two acres."

ALSO READ: At least 100 killed in suicide blast at a Afghanistan mosque

"We have to provide land to those who do not have it. We must complete government projects. But if people encroach on land in VGR (Village Grazing Reserve), PGR (Professional Grazing Reserve), or our forestry, we must evict them "Sarma stated.

He added that eviction is a continuous process but the issue has come into national focus because there was an incident of firing in state and police personnel has also been injured in the incident.

It may be mentioned that earlier last month, an eviction drive in Sipajhar in Darrang district of Assam turned violent, leading to the death of six civilians. Police personnel were also injured.

Whenever local Assamese people attempt to occupy government land, they are evicted. "There's no community-wise politics here, no communalisation," he said.