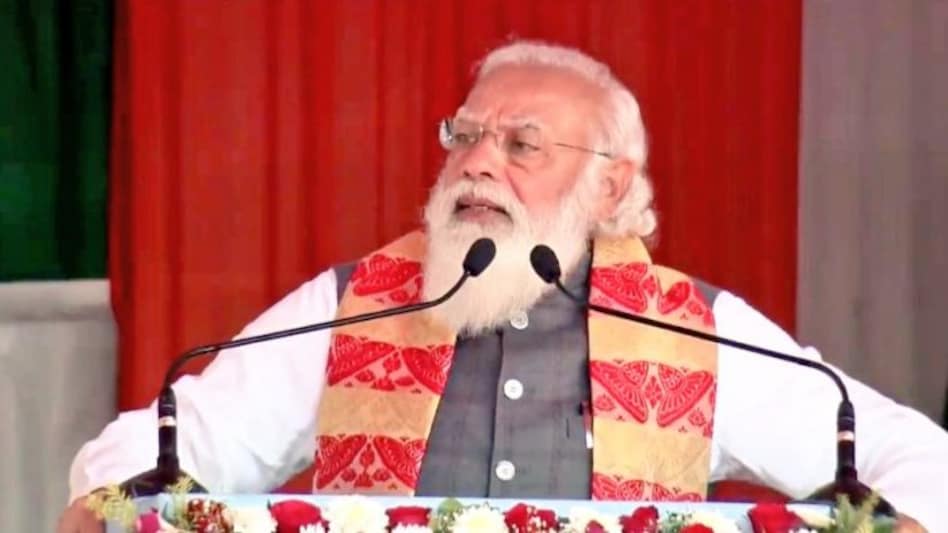 DHEKIAJULI: Prime Minister Narendra Modi today said some vested interests are conspiring to "tarnish" the image of Indian tea at the world stage.

Addressing a mammoth rally of tea workers in this tea growing locality of Assam, the prime minister made a vague remark saying: "Some people sitting in foreign lands are conspiring to attack India's identity associated with tea."

"You might have learnt from news that people who are conspiring to defame India have stooped so low that they are not sparing even Indian tea … Some documents have come up revealing that some foreign powers are conspiring to attack India's identity associated with tea.

"Will you accept this attack?

"We must answer every vested interest who are conspiring to tarnish the image of our tea and everyone who supports such conspirators. India will not let those conspiracies prevail," he said.

The prime minister was apparently referring to Swedish environment activist Greta Thunberg's "toolkit" on Delhi farmers' protest where she has recommended "Disrupt 'yoga & chai' image of India in general".

In the poll-oriented rally attended by over 1 lakh supporters, he also referred to the Union budget provision of Rs 1000 crore for tea workers in Assam and West Bengal and the tea workers financial award participated by Union finance minister Nirmala Sitharaman.

"Sonitpur lal cha (red tea) is known for its special flavour. Who knows the flavours of Sonitpur and Assam’s tea better than me? I always see progress of tea garden workers is linked to the overall well-being of Assam," Modi, who is stated to have sold tea in his childhood, said.

"I am glad that a series of welfare and special programmes are being run for Assam tea garden workers. Keeping the welfare of tea workers in mind, in this Budget we’ve made a special provision of Rs 1000 crore," he said.

Assam is home to about 65 lakh tea workers in nearly 850 tea gardens.