News
Assam
Dehing Patkai: What led to the end game?

Dehing Patkai: What led to the end game? 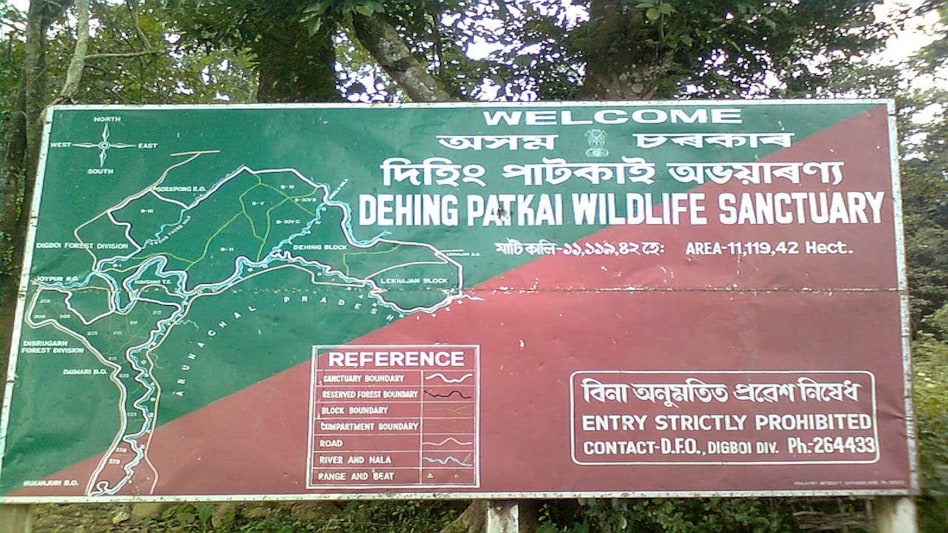 Following the decision by National Board for Wildlife (NBWL), the environmentalists, civil societies, and student communities have vehemently opposed the approval of a coal mining project in the Saleki Proposed Reserve Forest (PRF). The NBWL is under the Ministry of Environment, Forest and Climate Change (MoEFCC) and the meeting was chaired by Union Minister Prakash Javedekar. The NBWL’s standing committee had discussed the proposal for use of 98.59 hectares of land of Saleki, which is a part of the Dehing Patkai Elephant Reserve.

As such it holds a sensitive ecology that has been slowly fading from human encroachments. This has also led to an increase of man-animal conflicts in the area as they look out for food outside the jungles, according to the locals.

Civil societies, celebrities, and social workers have all united for the cause to save Dehing Patkai. The real scrutiny seems to have missed out in that furor even so. Therefore, beyond the outrage of what's illegal and legal, a nuanced understanding is necessary. The problems with contesting the legal aspects of the issue are that Coal India Limited (CIL) has proceeded through channels.

The focus here is what went behind the decision to allow the proposed approval by NBWL and how the region which as history cites covered dense forests is restricted to small patches of jungles at present.

Before that we need to understand, the proposed approval of coal mining is not inside the Dehing Patkai Wildlife Sanctuary but at the Saleki PRF, which is situated nearby. The closeness of the proximity is the prime issue. The permission has been legally approved by not only the NBWL but further clearances have been granted and discussed at the state and the central level as well. The peripheries surrounding Dehing Patkai WIldlife Sanctuary also face threats from activities include Jhum Cultivation and conversing of forest land into tea gardens.

A brief history of exploitation

As wrote by Abhishek Proxar, an environmentalist lawyer, the entire foothill region from Merapani (in Golaghat) to Jagun (in Tinsukia) used to be covered with luxuriant rainforests when the British first arrived. Many early British travelers would write about the impenetrable thickness of Dehing-Patkai forests, where even elephants would find it difficult to traverse. However, as the tea and oil industries grew, forests started disappearing. It is said nearly 5000 sq km of rainforest was cleared down to make way for tea estates. Post-independence, the destruction continued. Upper Assam became a hub of timber, tea, coal, and oil.

Today, only a small patch of 400-500 sq km of this rainforest, survives. Out of this, some 111 sq km are actually recognized as a wildlife sanctuary. The rest of the areas have already been degraded and remain as forests only on paper.

In the 111 sq km of wildlife sanctuary which got the attribution only in 2004, the forest range is heavily understaffed. Speaking to Inside Northeast, Mridupawan Phukan, an environmentalist said, "the range is run by a forest ranger and a guard". The lack of administration has facilitated the felling of trees even inside the forest range. A local NGO Addl Sec, Kishore Mech said, "when you see from outside, there are many trees inside but inside the sanctuary, there's nothing. The vast fields of land are exposed as trees are cut".

The environmentalists allege that after 2003 illegal mining increased in the area subsequently which has also impacted nearby villages. "There's heavy deforestation going in the reserves and you can see trucks carrying coal even during the lockdown", said Romesh Hatimuriya of the Sanjeevani NGO. Another big problem for the nearby villages has been the coal drainage. There are reports alleging that coal discharged was directly thrown into the nearby field which passes through the villages. "The toxic coal waste flows through the villages in Ledo and then falls into the Dehing river. Not even a frog can survive in these waters", said Hatimuriya.

The Assam Forest Department was approached in 2012 by CIL and it has been asked the coal body for compensation in return. This has been stated by a Digboi Forest Divisional Officer to Inside Northeast.

The NBWL proposal was not announced without any backing. The state Forest Department was the first stakeholder that did a ground survey of the area in the controversial Saleki range after the Coal India's 2012 proposal, alleges an RTI activist. In that regard, Tarun Gogoi, former CM of Assam claims that he rejected the advances of CIL. This he himself wrote on the letter penned to PM Narendra Modi. He also stated that the State Wildlife Board under CM Sarbananda Sonowal as Chairman has recommended the NBWL to make the decision. Mr. Gogoi's allegation indeed has a ground. Due to region falling under PRF and elephant corridors, it led to the formation of a state-level meeting. As per RTI documents filed by local environmentalists availed by Inside Northeast, the 9th meeting of the State Board WIldlife in 20/09/2016 discussed the issue of the proposed project in Saleki PRF. It remarked that the proposed site is just outside 10km outside Dehing Patkai Sanctuary. The meeting called for further verification. On the next meeting, the 10th which held on 22/02/2018, it was revealed that the site was found to be located just on the boundary of the 10 Km radius from the Dehing Patkai WLS and was considered falling within the Eco-Sensitive Zone. After deliberation on the matter, the board recommended the proposal subject to compliance with a set of mitigation measures by the Expert Committee. Whatever happened to those measures or recommendations are yet to be public. Those meetings were chaired by the Assam CM.

Following the state-level meetings, the central committee took over the matter and due to the involvement of the elephant corridor, a further expert committee under Prof Ramesh Sukumar was formed, as per sources. Thus, the NBWL in its 54th meeting constituted a panel with Prof R Sukumar, a member of NBWL as its head to visit the proposed Lekhapani Open Cast Project under the Lekhapani Range of Digboi Forest Division in Tinsukia district.

The report submitted by the panel, the Standing Committee of NBWL recommended the proposal for the broken up area (57.20 hectares) for approval subject to the certain submissions in consultation with the Forest Department of Assam. On the other hand, for the unbroken area (41.39 hectares), the NBWL will consider the matter after the User Agency submits a feasibility report for underground mining and compliance reports regarding the fulfillment of all other conditions recommended by the NBWL.

There are now two things involved in the situation: one is of coal mining and its impact in Saleki PRF and the second is of the institutional exploitation of the entire Dehing Patkai Forests facilitated by legal and illegal modes. The well-intentioned civil societies and student communities must direct their energies into the stakeholders of the mess accountable: from bottom to the top.

The anti-development rhetoric facilitated by channels that see opposing coal mining as an under-development phenomenon need to understand environment laws. The bigger debate is of course about cleaner fuels but even if one "approves" coal mining, it still needs to be under the purview of regulation to maintain synergy.