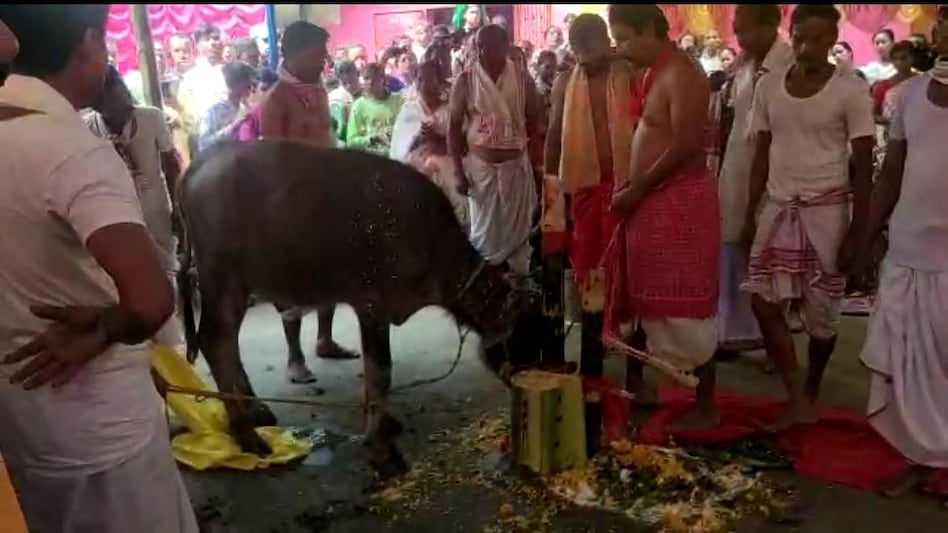 UDALGURI: Even as the rest of the world has been undertaking vaccination drives, a dozen of goats and a buffalo were sacrificed to please Manasha goddess at Sonapani area in Udalguri district of Assam to get rid of the COVID-19 pandemic.

A huge crowd of devotees from various castes, religions were seen on the premises who had come to worship and prayed for the well-being of their families along with the peace of the region.

The puja of the Manasha goddess is performed every year in the village.

Earlier, the locals performed the puja for three days, but this time, they have kept the programme for 5 days.

The animal sacrifice has moved activists across the state.

However, some claim they are bound to follow the centuries-old religious practice, while some others say practicing religion is also a constitutional right, which temple authorities even uphold.

In 2015, the Supreme Court had denied entertaining a PIL to regulate animal sacrifice at shrines in the country as part of religious practice.

A bench of the then chief justice of India H L Dattu and Justice Amitava Roy said that the judiciary cannot stop the tradition of sacrificing animals by different communities.