Even on a very busy highway, Saiful will extend his hand to others, asking for alms. If you don’t have coins, worry not! Saiful has found a solution to this, digitally. 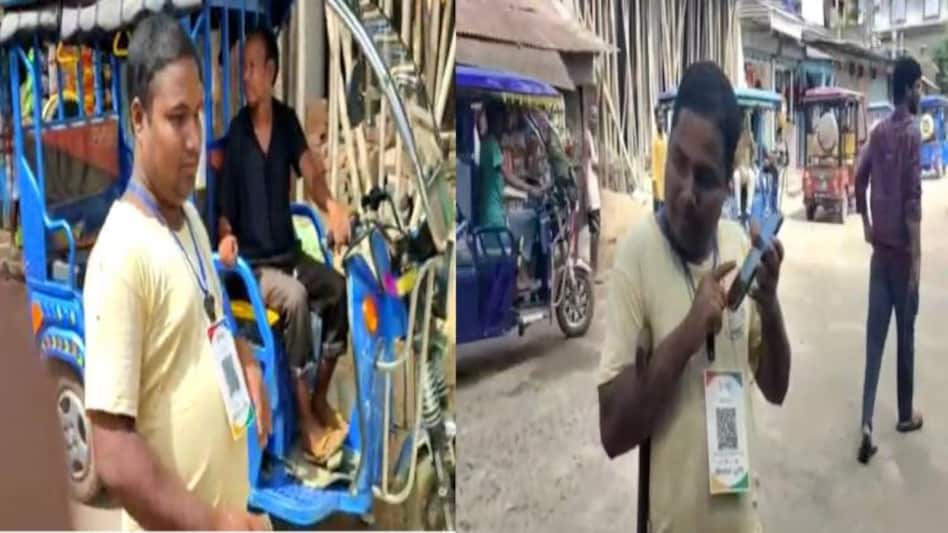 Saiful Islam, a visually impaired person hailing from Assam’s Simulbari village of Lakhipur in Goalpara, struts around the road, wearing a bright smile on his face, a stick in his hand, and a Google QR code card around his neck.

The stick is Saiful's guiding companion and the Google QR code is his way of asking for money from the people. Occasionally he whistles and moves around the streets and shops begging. Even on a very busy highway, Saiful will extend his hand to others, asking for alms. If you don’t have coins, worry not! Saiful has found a solution to this, digitally.

“Sometimes people pay one or two rupees via the Google QR code hung around my neck, while few others leave me unnoticed saying they don’t have change.

Considering the rising popularity of the online medium of transaction, Saiful has ditched the traditional method of begging and instead opted to hang the Google pay QR code around his neck to suit the present situation and ease the mode of payment for the people so that they don’t have to worry about available change.
The world is dark and hazy for Saiful who due to his visual impairment earns his living by roaming around the day, begging around on the streets.

Gifted with a melodious voice, Saiful when not begging entertains the public by singing. A huge crowd gathers to listen to Saiful while his digital payment mode continues to attract people who wilfully pay through the QR code so as to help Saiful feed his family.