Cries for 'Divide Assam 50:50' echoed again in BTAD as the age old demand of a separate state of Bodoland rung the air of the Bodoland Territorial Region today. 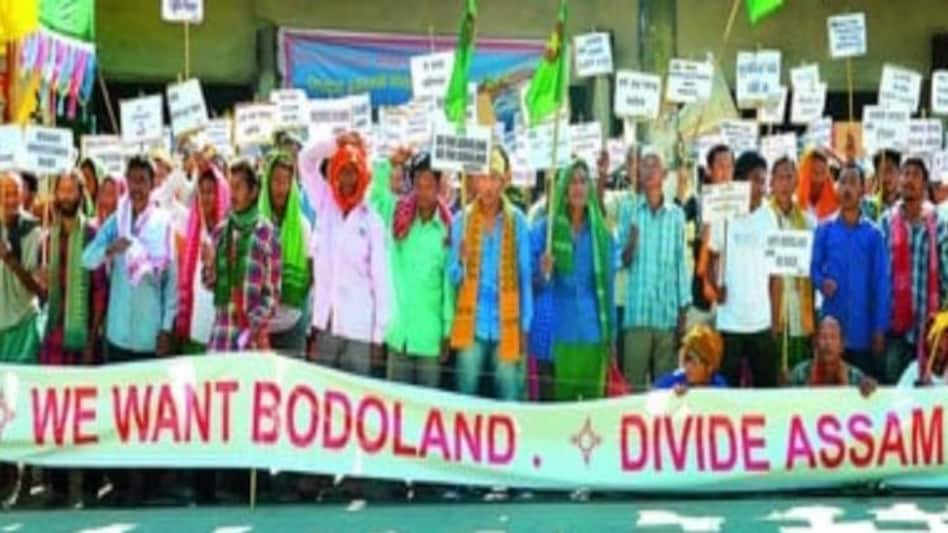 Cries of ‘Divide Assam 50:50’ resurfaced again today after members of Bodo National Students Union raised their voices demanding a separate state of Bodoland. Protesting in front of the District Collector’s Office in Kajalgaon, Chirang district of Assam, the Bodo student body brought back the memories of the late eighties when the all Bodo organizations stood united demanding the creation of a separate Bodo state.

The protesters demanded the creation of a separate state of Bodoland, starting from Sonkuchi in Barpeta to Sadiya in Tinsukia district. In addition to this the protesting Bodo student body demanded inclusion of Bodos residing in Karbi Anglong and Dima Hasao under the ST (H) list.

“For long we have been demanding a separate state for Bodoland. Even though a territorial Bodoland region has been agreed upon, yet the demands of the union remains unfulfilled till date. Whatsoever, our demand for a separate state will always remain the prime factor for our protests,” said Ashok Kumar Brahma, Central Organaizing Secretary (BONSU).

Apart from the segregated and a separate state, the student body has also demanded the creation of a Bodo regiment in the Indian army.

The protesters also raised a demand of representation of the community at the international level where they stipulated a UN declaration ensuring rights of the indigenous people of the Bodo community.

The Bodo National Student Union briefly implemented a protest programme in front of the district collector's office at Kajalgaon in the district demanding the above mentioned points today.

The organisation presented a memorandum to Prime Minister Narendra Modi through the district collector at the end of the programme.

For the unversed, the Bodo Student Union has been steadfast on the demand for a separate state of Bodoland for decades, rising up in arms against the Indian Union to fulfill their demand.