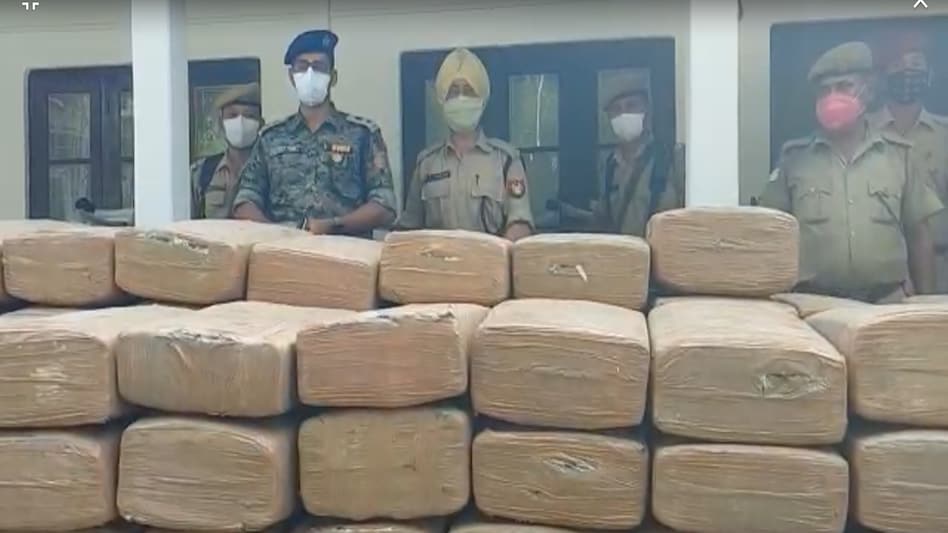 KOKRAJHAR: The Kokrajhar Police today seized a huge amount of contraband cannabis along the Assam-Bengal border near Srirampur under Gossaigaon Sub-Division of Kokrajhar district of Assam and apprehends two persons.

According to police, a total of 61 packets of cannabis weighed 622 kg were seized, and its market value is worth Rs approximately 1 crore.

Kokrajhar Superintendent of Police (SP) Thube Pratik Vijay Kumar briefing a press meet said, "Based on a secret information, the police team conducted a raid on National Highway No. 31  at Srirampur at between  3.30 am to 4 am today."

During the raid, police seized the contraband cannabis from a hidden compartment of a container truck bearing the registration number (PB08 DS 6178) which was heading towards Kalkata, West Bengal from Assam.

SP Thube Pratik Vijay Kumar further said police have arrested two handymen of the truck, however, the truck driver managed to escape from the spot.

The handymen have been identified as--Tapas Adhikary (23) and Pritam Singh (24), both are the residence of Hoogly district of West Bengal.

Kokrajhar police had earlier seized opium and heroin as part of its anti-drug drive of the Assam government.