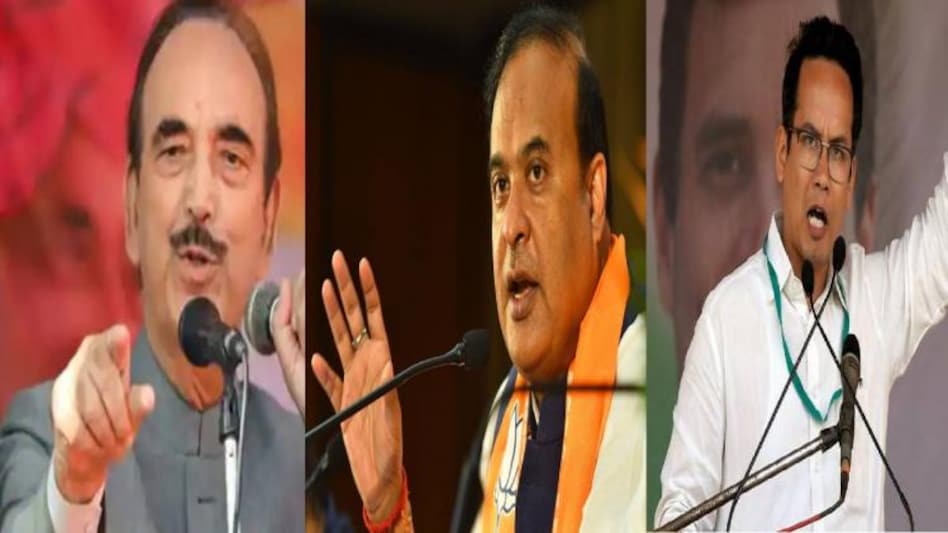 Post senior Congress leader Ghulam Nabi Azad's exit from the party, the political circle has been overwrought with allegations, counter allegations, with many even calling the former Congress loyalist an opportunist.

Joining the chorus, Assam MP Gaurav Gogoi has slammed Ghulam Nabi Azad and called him a victim of instigation by the ruling party.

Drawing parallels with Assam Chief Minister Himanta Biswa Sarma's dramatic exit from the Congress party when late Tarun Gogoi was the CM of Assam, Gaurav Gogoi, said that both Azad and Biswa Sarma's story of exit have the same script as well as the scriptwriter.

"The same scriptwriter wrote a letter from the time of the departure of the party by two former Congress leaders. "
Gaurav Gogoi, MP from Kaliabor and deputy leader of the Congress party in the Lok Sabha, made this statement in Golaghat on Tuesday.

Meanwhile, Gaurav Gogoi said that Ghulam Nabi Azad was preparing to leave the Congress party for the last one-and-a-half years.

On the other hand, Gaurav Gogoi claimed that the Congress party will win the Kaliabor Lok Sabha seat again in the upcoming Lok Sabha elections.

The Congress MP said that even if BJP uses all its might, it will not be able to win the Kaliabor Lok Sabha seat. The MP claimed that union ministers Kiren Rijiju and Sarbananda Sonowal's recent visit to Gaurav Gogoi's Lok Sabha constituency Kaliabor will not do any harm to the Congress party.