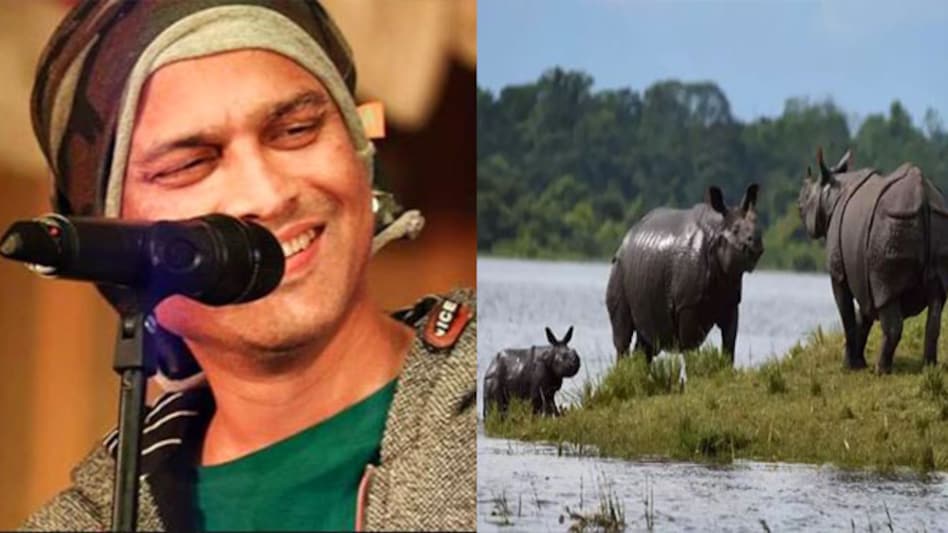 DIMAKUCHI: Ahead of polls in the Bodoland Territorial Council (BTC), Assam Finance, Health, and Education Minister Himanta Biswa Sarma today claimed that for 15 years, Hagrama Mohilary and the Bodoland People's Front (BPF) have disappointed the people in the region. The Minister, lambasting the BPF for the alleged misrule in the region, claimed that the BPF Chief Hagrama is still stuck in the past and watching films that are 15-years-old.

Addressing a gathering at Dimakuchi today, Sarma claimed that the BTC administration was given adequate funds for developmental funds. "People will be shocked to learn that from 2016 to 2020, the BPF party was given a sum of Rs. 10,000 crore. Over the last two years, we had given them Rs. 3,000 crore. Had this money been utilized properly, the BTC area would have been one of the most developed regions.

However, there are no roads here and the roads in the villages are of the lowest quality which is why the people face great discomfort.The educational institutes do not have infrastructure and the people are even deprived of their basic benefits from the schemes."

The Minister that the BTC administration has not given land pattas to any of the residents and are deprived of basic rights of buying and selling land. "We want to ensure that every single person living in the BTC should get equal rights. We have resolved that there will be a BJP Government to ensure equal rights for everyone."

Responding to BPF supremo Hagrama's claims that a BJP rule in the region would lead to violence, Sarma said, "Keep in mind, the Nareandra Modi Government is in power. When Pakistani terrorists carried out attacks, Indian jawans entered Balakot and bombed terror launch pads. Modi is not afraid of Pakistan, and Modi is not afraid of Hagrama."

The Minister also said that if the BJP wins the election, job cards will be handed out with the public. "Modi has sent job cards, and the VCDCs have pocketed them. I have also heard that people have to pay money for houses sanctioned by the Centre," he said.