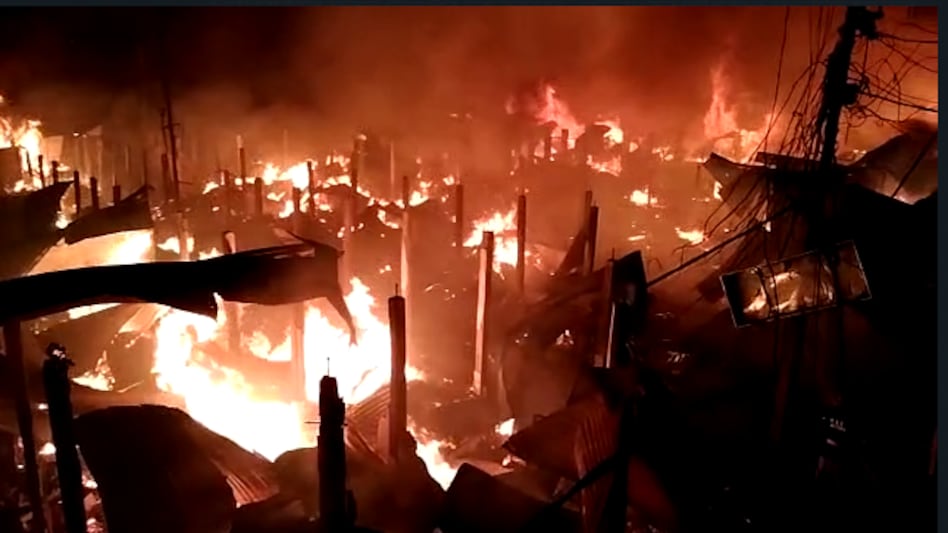 TEZPUR: Over 300 shops out of over 400 have been reduced to ashes in a massive fire that broke out in Assam's Tezpur.

The fire broke out on Sunday midnight which engulfed properties worth over a crore rupees.

As soon as the locals of the area noticed the incident, they immediately alerted the firefighters.

Over 20 fire tender from Sonitpur district and neighbouring Udalguri district rushed to the spot and extinguish the blaze.

ALSO READ: COVID-19 is nothing but a small time flu: Kangana Ranaut after testing positive for the virus

A short circuit is suspected as the cause of the fire.

However, no reports of causalities or injuries have been reported so far.

An investigation is underway and further information are awited.

Earlier yesterday, as many as 8 houses were reduced to ashes in a fire that broke out in Jorhat on April 7. The fire also engulfed properties worth Rs lakh.