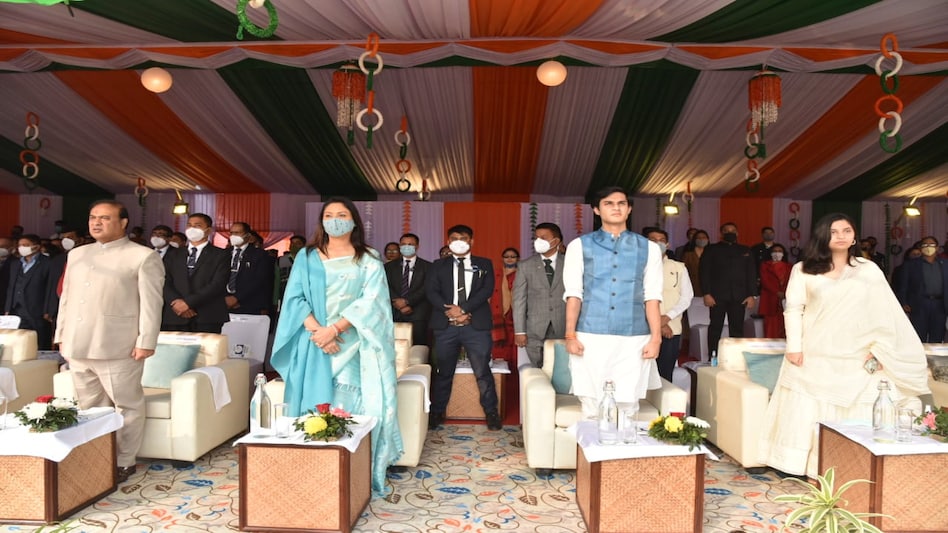 DISPUR: Across Assam, people from all walks of life observed the nation's 73rd Republic Day. The celebrations, like each year were led by the Chief Minister -- this time, Himanta Biswa Sarma.

Biswa Sarma conveyed his greetings to the people of Assam on Republic Day. He also offered tributes to martyrs, freedom fighters and soldiers at Shraddhanjali Kanan, Guwahati.

In Guwahati, the Republic Day was celebrated at the Veterinary Playground in Khanapara where Governor Jagadish Mukhi unfurled the national flag.

"Proud to be part of the

Sarma then went to Tamulpur to observe Republic Day proceedings on the day it officially becomes a district.

">@UGBrahma at Tamulpur that officially becomes a new district today. On

class="css-901oao css-16my406 r-poiln3 r-bcqeeo r-qvutc0"> , I reiterate our commitment to take governance to the grassroots & extend the benefit of a new district to all," Sarma tweeted.

The 73rd Republic Day observed at Dhubri district with much enthusiasm and zest on Wednesday, by different organisations, institutions and on an individual level.

Centrally, the National Flag was hoisted at Raja Prabhat Chandra Baruah Playground by Assam Power Minister, Bimal Bora in presence of the members of District Administration and dignitaries from all over the district.

Bimal Borah, State Power Minister in his speech said that the nation binds us with a bond of unity. He added that "the national flag is not just a piece of cloth but it is our self-respect."

In Dima Hasao, the 73rd Republic Day celebrated at Haflong Assam Rifles ground, where the flag was hoisted by Debolal Gorlosa CEM of NCHAC. Nazreen Ahmed, the DC of Dima Hasao, SP Jayant Singh and other officials were present. The ceremonial parade ceremony was performed by police personnel and home guards.