How NE India is gearing up for 'Har Ghar Tiranga' celebration 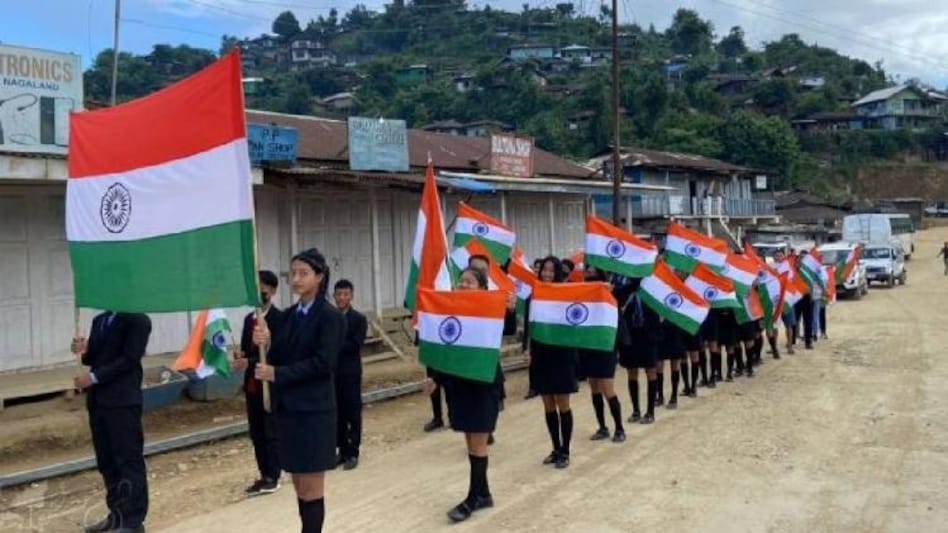 With anticipation building for India’s 75th Independence Day celebration, planned in a grand manner by the ruling government as part of its ‘Azadi Ka Amrit Mahotsav’ campaign, the ‘tiranga’ or the tricolour flag has become a nationwide fixture as the ‘Har Ghar Tiranga’ (Flag in every home) campaign gains momentum.

Encouraging countrymen and women to unfurl the tricolour flag, Prime Minister Narendra Modi has asked each Indian to hoist a flag in his/her home. Officially, the campaign will be held from August 13-15, but one look around and you will see the festivities have already begun. Jumping onto the hype train, Northeast India, currently ruled by the ruling dispensation and its allies, also finds itself celebrating saffron, white, and green with unprecedented gusto.

In Assam, Chief Minister Himanta Biswa Sarma has urged his countrymen to display flags as a sign of their affection for the country. Setting a target of 80 lakh national flags to be hoisted from August 13 to 15, Biswa Sarma has already mobilized the State government employees to ‘sensitize’. With around 53 lakh flags worth Rs 16.07 crore sold up until August 9, Assam seems well on its way to achieving this goal. 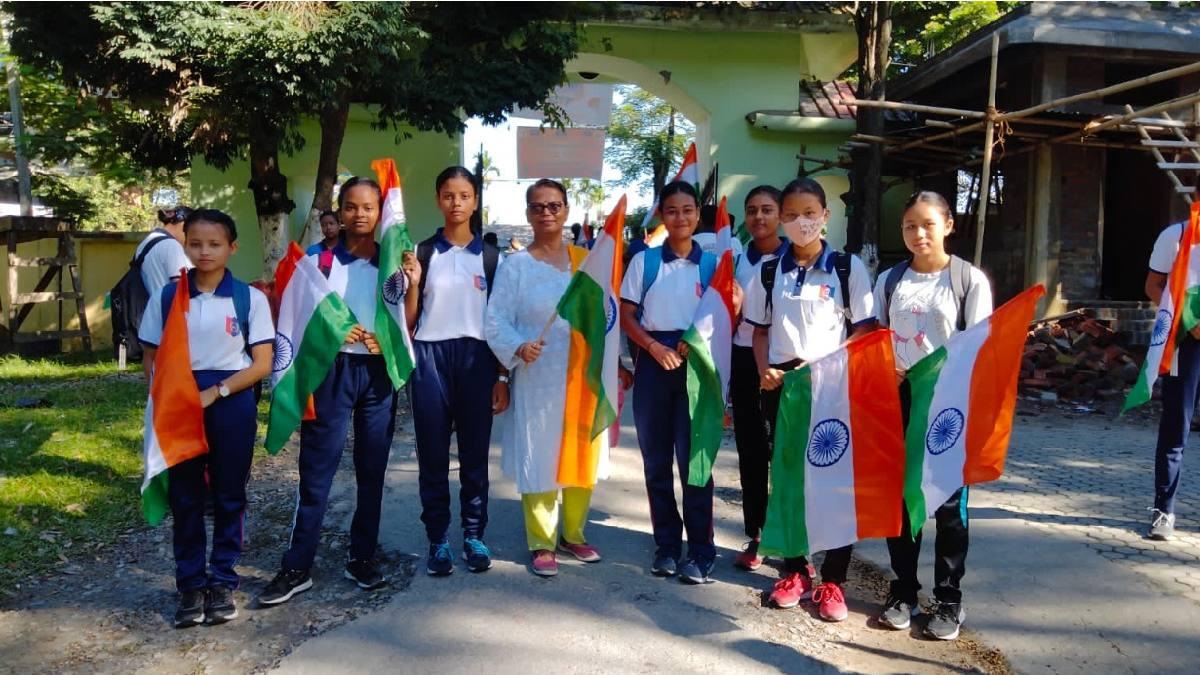 National People’s Party (NPP) led Meghalaya too has given the clarion call for homes and offices to be decked with the flag. Indigenous weavers are being focussed on as the State gears up for the big day, with Chief Minister Conrad K Sangma highlighting some of them on his social media.

Frontier state Arunachal Pradesh is also gearing up to celebrate the campaign. Chief Minister Pema Khandu, endorsing the campaign, says that ‘merely buying the flag isn’t the purpose, but one must own it to accord highest respect and honour.’

MLA Ninong Ering, launching a programme in Pasighat, averred that "people of Arunachal Pradesh have been very patriotic since the beginning and our people respect and honour our national flag.”

In Tripura, Manik Saha, celebrating his first Independence Day as Chief Minister, has aimed for ‘over 60% Tripura homes to fly flag’ to show their unwavering loyalty to the nation. To meet the demand for flags in the state’s 8.5 lakh households, the State government has ordered 5.25 lakh flags. Additionally, the Saha-led government will bestow with a flag families of freedom fighters and those who laid down their lives on borders to protect its boundaries -- including those who died in the Pulwama attack.

"The Flag should not be disposed of on the ground after being hoisted but kept at a proper place," cautioned Manipur Chief Minister N Biren Singh while distributing flags to government employees in Imphal. Biren has emphasized that the government employees should also sensitize their neighbours about the necessity of hoisting the flag. In Manipur and Nagaland, thousands of flags have already been sold by all major post offices.

In Nagaland, the tri-colour will jostle for attention with the Naga national flag. A section of the public in the State celebrates its Independence Day a day early on August 14 and is planning to counter the ‘Har Ghar Tiranga’ campaign by using the Naga flag as display pictures on social media, it has been learnt. At the same time, the Neiphiu Rio—led State government has pushed for the celebration of the ‘Har Ghar Tiranga’ campaign in Nagaland homes. The postal department has moved at least 12,000 flags in Nagaland so far.

Sikkim, which joined the Indian Union on May 6 of 1975, is also gearing up for the celebration. In true Sikkimese fashion, Chief Minister Prem Singh Golay flagged off a bike rally earlier this month from his official residence in Mintokgang.