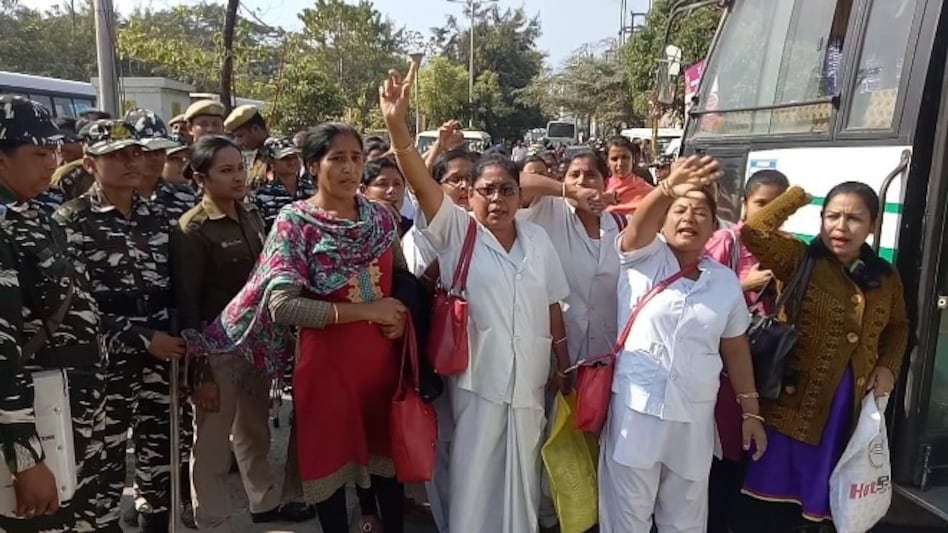 As the protest by the All Assam Nurses’ Association (AANA) continues, hundreds of nurses were detained by the Guwahati Police and taken to the 10th APBn in Kahilipara on Thursday.

The nurses were detained while they were on a protest demonstration demanding amendment to the salary structure published in the Revision of Pay (ROP) of the Seventh Pay Commission.

It may be mentioned due to the strike by these nurses, there have been a shortage of nurses in several hospitals in the state which ultimately has become a serious issues for the common citizens who are dependent of government hospitals for their medical needs.

There have been reports of a pregnant woman of dying at the Jorhat Medical College Hospital (JMCH) due to delay in surgery as there has been a shortage of nurses in the hospital. Similarly, another incident was reported from at a Sivasagar hospital where a young girl died.

It may be mentioned that the nurses also obstructed nursing students from attending there classes as well.

Similarly, 47 staff nurses and 20 NHM nurses were also arrested from the Diphu Civil Hospital by the Karbi Anglong Police.