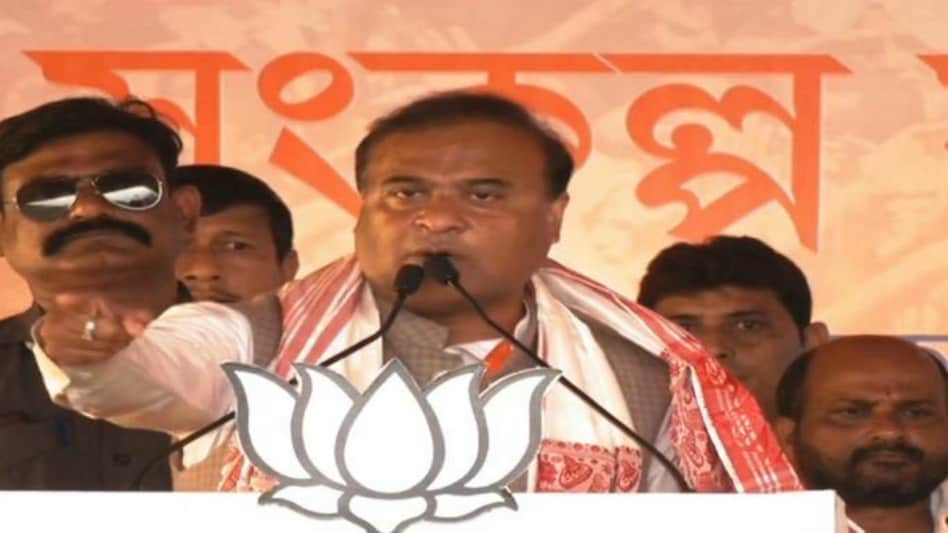 This was stated by BJP star campaigner and Jalukbari candidate Himanta Biswa Sarma in an emotional address to wrap up his campaign for the Assam assembly elections here this afternoon.

“I started my political career in Jalukbari with a loss in 1996. But, won continuously from Jalukbari since 2001, and every time with even bigger margin. The voters of Jalukbari have always showered more and more love on me every time … In my career, I’ve faced bleak days as well. But, every time the people of Jalukbari showed me light,” he added.

“I even tell my children that we will always remain obliged to the people of Jalukbari till the last day of our lives … I don’t have the audacity to take any credit for whatever I’ve given to Jalukbari. It’s the authority the people of Jalukbari have given that I have translated into benefits for them. For me, everyone in Jalukbari whether he/she votes for me or not is my family member,” the eloquent orator said.

“I did not visit Jalukbari during the current campaign trail, because I have immense faith in you people. I know, I am a member of every family in Jalukbari. I am a son to every parents of Jalukbari constituency, I am brother and guardian of every single youth of Jalukbari,” Sarma said.

Changing his tone from bashing the minority community over the past two months of campaign, Sarma today said communal politics is not acceptable to the people of Assam. He said that the BJP’s ideology is not to shut doors or windows at anybody, but would not tolerate any invasion of homeland.

“We want an Assam where there should be no difference between Hindu or Muslim and between Assamese, Bodos and Bengalis … We don’t want anybody to invade us so that we don’t have to take up sword and shield to defend ourselves,” the state minister said, adding that his party wants to work for inclusive growth of all.

Sarma also invoked the name of legendary Ahom general Lachit Barphukon on the context of alleged encroachment of forestland, satra land and alleged exploitation and harassment of Assam’s women.

He started his speech after taking to his knees along with his entire family to bow to the nearly 1 lakh strong crowd as a mark of respect.

Sonowal and Saikia appealed to the people to turn up in large numbers to cast their votes on Tuesday and cast all the votes in favour of Sarma. “I am told, there was 86 per cent polling in Jalukbari in the last election. I appeal to you that the turnout should be 95 per cent this time and the entire 95 per cent should cast their votes for Himanta Biswa Sarma,” Sonowal said.

Although Union home minister Amit Shah and DoNER minister Jitendra Singh were also supposed to join the rally, they had to cut short their Assam visit midway to fly back to new Delhi in view of the Maoist attack on security forces in Chhattisgarh.

“Union minister Amit Shah was here to attend this rally. But, he had to skip this meeting because of the Naxal attack on security forces in Chhattisgarh. But, he touched down here to leave his message to the state through the journalists,” Sarma said.