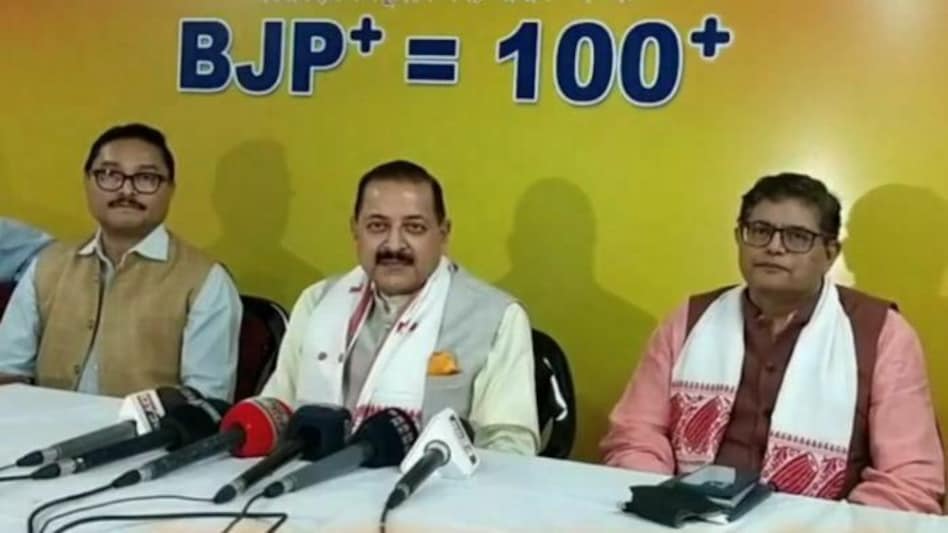 GUWAHATI: DoNER minister Jitendra Singh, who is the BJP in-charge of Assam assembly election, today said people should not pay attention to the Congress “because they don’t have the prerogative and authority” to promise tea workers’ wage hike.

When asked about tea workers’ wage hike at a press conference here today, Singh said: “Don’t pay any attention to what Congress says. They don’t have the prerogative and the authority to make any commitment. We have the governments both at the Centre as well as in the state. So, we are authorised to commit tea workers’ wage hike.”

ALSO READ: Tea workers to get more wage than their demand if Cong comes to power: Rahul Gandhi

The intimidating response came when asked about former Congress president and Wayanad MP Rahul Gandhi’s promise at Sivasagar on Sunday that if voted to power, the Congress would hike the tea labourers’ wage from existing Rs 167 to Rs 365 per day.

The tea workers in Assam have been demanding hike of daily wages to Rs 351 over a long time. The Assam government has assured to revise their wages latest by February 20.

The tea community has also been demanding Scheduled Tribe status in the state. Prime Minister Narendra Modi had in 2016 promised that the community, along with five others in Assam, would be awarded ST status within six months of coming to power in Assam.

When pointed out that a section of voters have been antagonised by the BJP with its failure to keep pre-poll promises, Singh arrogantly said: “It’s only the media that is making a fuss over such things. Similar things were said before the general elections as well in 2019. You all know what happened later; we won with a bigger mandate.”

The tea community, which is a population of about 65 lakh in Assam, has been a major vote bank in the state since Independence. It was continued to be a vote bank of the Congress for over six decades till it switched side to the BJP in 2016 Assam assembly polls.