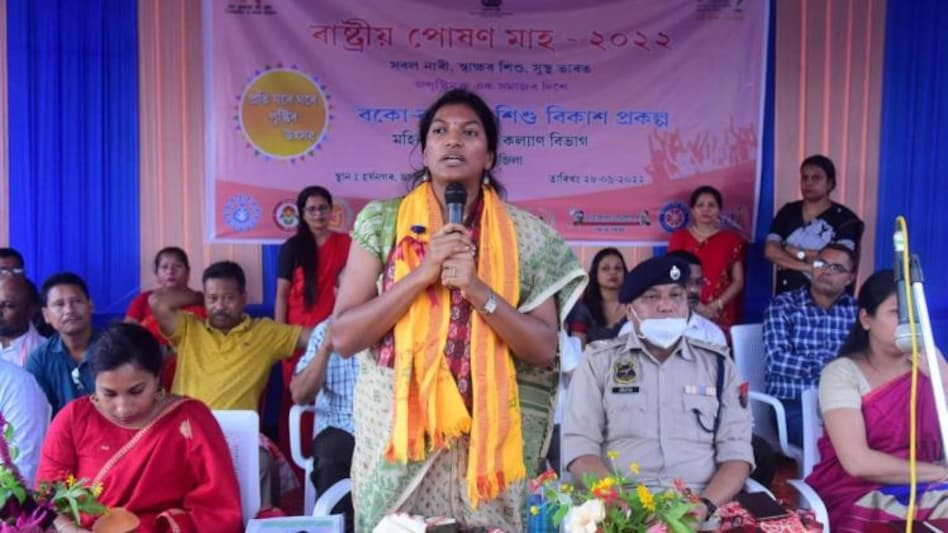 Later they took part in the 'Rashtriya Poshan Maah' celebration, which was celebrated for the first time in Harshanagar under Lumpi area, Boko.

During the visit, the Gorkha and Garo tribal community welcome her with their traditional dances wherein aroound 1000 villagers of the Lumpi area took part in the celebration program.

Later DC and other guests took part in a public meeting, which was organized by the Boko-Bongaon ICDS office on the occasion of the 'Rashtriya Poshan Maah' celebration.

Child Development Project Officer (CDPO) Sukanya Das presided over the meeting. The CDPO Suknya Das said that the 'Rashtriya Poshan Maah' was celebrated at block level for the first time in the Lumpi area.

DC Kirthi Jalli requested the local public to avail their all documents which includes AADHAR, Pan Card, Bank Account and other state government documents, so that each and every person will get benefited from all the government schemes.

She also added that Lumpi will be a tourist spot and along with block development offices will provide government assistance to develop the Lumpi area for the tourism sector.

On the other hand, a local youth from Harshanagar village, Bikash Chetry narrated the various problems faced by the people residing in Lumpi area.

He talked about the lack of primary schools, teachers, and doctors.

Further the youth also spoke about the Jal Jeevan Mission Project which totally failed and alleged that if someone raises their voice about all these problems, officials forced them to not to speak.

Further hearing to the problems, the DC assured the local public that their concerns would be highlighted and will try to solve all the problems one by one very soon.