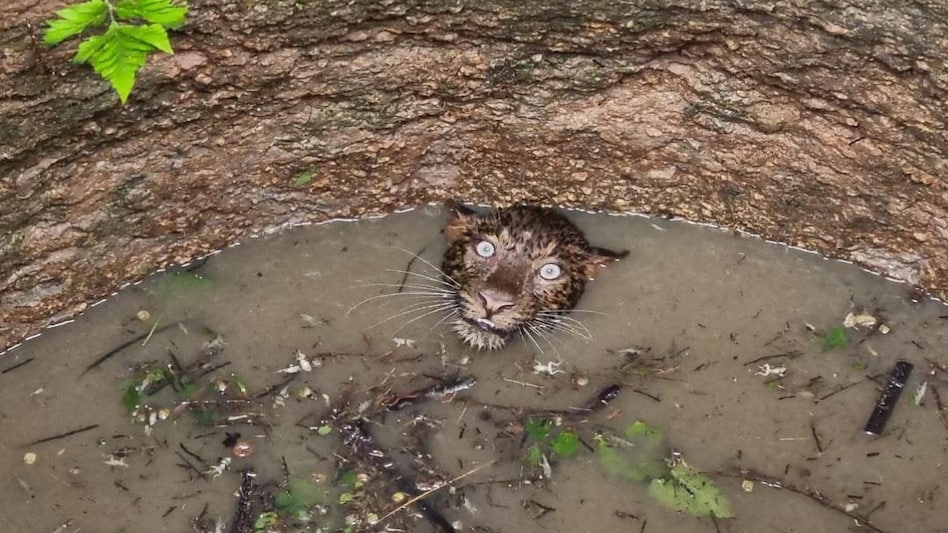 DISPUR: A trapped adult leopard that got trapped in an open well in a Reserve Forest on Guwahati's outskirts has been rescued by the forest department this morning.

The adult leopard fell into a 20-feet open well at Madhab Nagar on the fringe of Garbhanga Reserve Forest on the outskirts of Guwahati.

According to reports, it fell into the well in the wee hours and got trapped inside, and tried desperately to stay afloat.

Hearing the roars reverberating from deep within an open well, the villagers were startled. Later, it turned out that a leopard had been straining to keep afloat in waist-deep water and had been fatigued as a consequence of its efforts.

The villagers immediately alerted the forest department. The forest personnel rushed to the spot and successfully rescued the leopard after a couple of hours of operation.

The leopard was then wrapped in a net and was carried into the deep forest and released back into the wild.