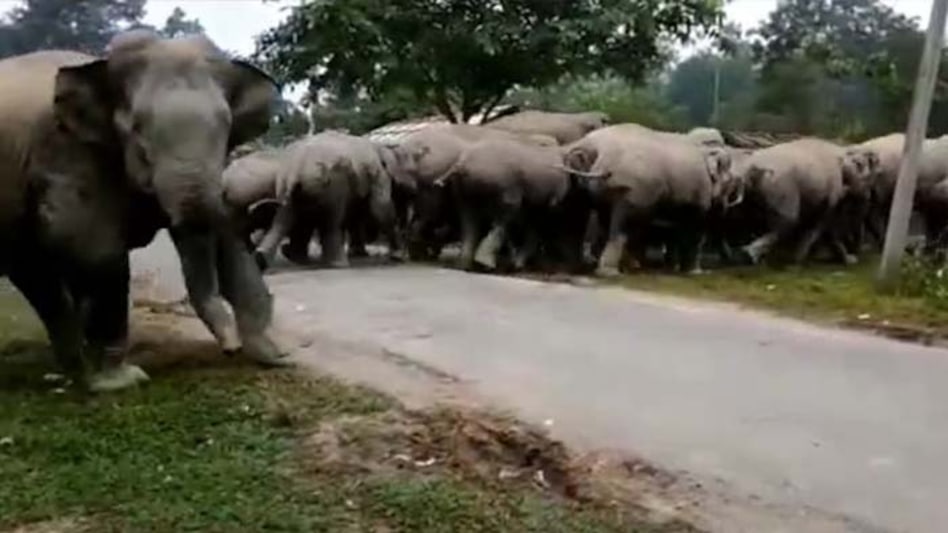 GOLAGHAT: The conflict between man and elephant has once again flared up in Assam's Golaghat district. This time, a video has gone viral on social media where people can be seen chasing elephants with torches in hand.

In Numaligarh of Assam, the onset of winter has once again triggered man-elephant conflicts, which are quite common in the villages.

According to sources, a herd of elephants, in addition to terrorizing the villagers has been laying waste to properties and local farms.

The terrorized locals have now started fighting back and are now beginning to attack the elephants. Recently, the locals used burning torches to attack the rampaging elephants, causing them burn injuries. The shocked elephants, with their bodies on fire, were seen roaming around.

Numaligarh locals have claimed that had the Forest Department taken care of the elephants in the forest, they would not have ventured outside, causing conflict.