Police have made extra arrangements in view of today's large demonstration.  Several vehicles have been sent back in view of the protest 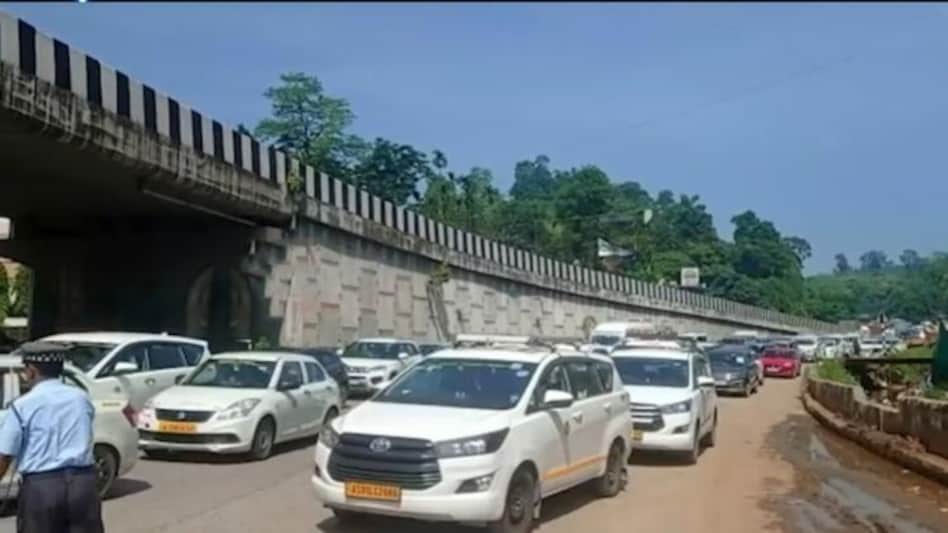 A major protest is taking place near Guwahati on the route that connects to Shillong, causing heavy traffic jams. The protest is being held in opposition to the government's proposed capital extension, which includes the construction of an eight-lane highway from Jorabat to Jagiroad.

Meanwhile, police have made extra arrangements in view of today's large demonstration.  Several vehicles have been sent back in view of the protest.

Notably, Guwahati, known as the "Gateway to North-East India," is the largest city in Assam and a major metropolis in Northeast India. It also houses Dispur, the capital of Assam, which is located in Guwahati's circuit city region.
However, it is clear that Guwahati is becoming increasingly congested, and so this is a much-needed action as the city's population continues to grow while the overall area of the city stays unchanged.