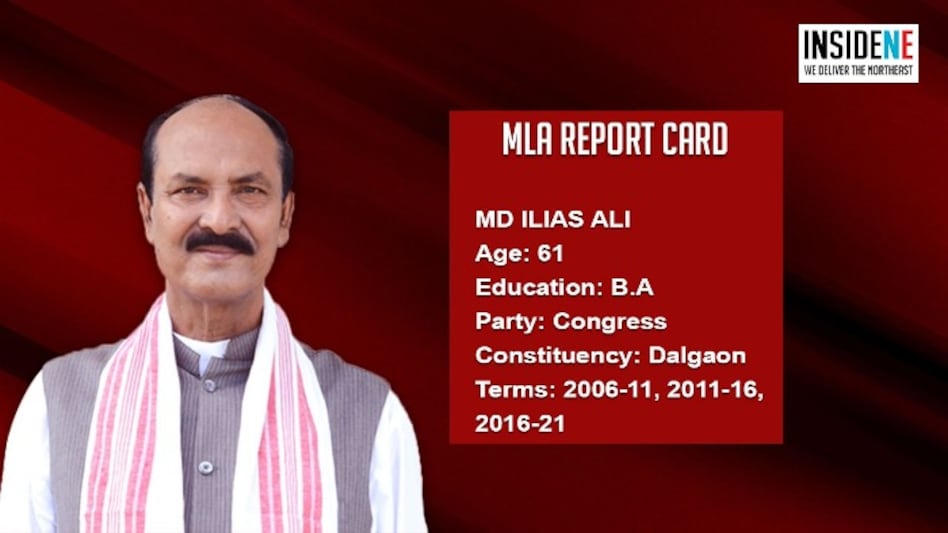 Represented by a “ghost” MLA, voters of Dalgaon constituency in Darrang district of Assam claim to have heard only the name of their representative in Assam Assembly – Md Ilias Ali of the Congress – but have never seen him.

“When election comes, we sometimes see him on television, Facebook or other social media. I am 26 years old, and I have this street like this all my life so far. We’ve never seen our representative for the last 15 years,” said Shafiqul Islam standing on a narrow dilapidated approach road that connects several villages of the constituency to the rest of the world. Never was the street black topped in Independent India.

Ali has been representing Dalgaon as Congress MLA since 2006.

Shafiqul was well endorsed by Sahidur Islam of another village saying: “I moved from a char to here 50 years ago. This road in Ponakata we’re standing on right now connects Dalgaon with Sialmari. And this road has been like this since I remember. Our children find it difficult to go to school/college during the monsoons. What better can we expect when we are represented by a ghost MLA whom we’ve never seen over the past 15 years.”

The power department employees in Dalgaon are even ‘smarter’ than the legislator. “There are electricity connections to the household. But, the concerned departmental employees seem to possess magical powers. They come to know when a little strong wind is going to blow and power is snapped half an hour before it and power failure continues for three-four days every time a gush of wind blows,” said Islam.

Not only are the Dalgaon locals deprived of proper road and electricity, they have only heard about a department called irrigation. A constituency where the economy is agriculture based and it caters to horticulture requirement of most parts of the state, the religious and linguistic minority farmers, who unlike the rest of the state do year-round farming, have to foot every single penny all of their own to grow their produce.

“I’ve been doing farming over the past five-six years inheriting it from my father. This whole area’s economy is based on agriculture. Yet, we don’t have any irrigation facility. We buy pump sets of our own and bore wells for water to do Rabi crops cultivation. It has always been a huge burden on us,” farmer Mijanur Rahman said.

Asked if they get any help from the irrigation department, Rahman said: “We’ve only heard such a department exists. We’ve never come across any beneficiary or any project in this part of the world. We have an MLA who never bothers to inform us anything or raise our cause anywhere. Even if some government schemes come for the benefit of farmers like us, the beneficiaries are stated to be the relatives of only those few aides of the MLA.”

There are also a few like Mujibur Rahman who claim Ali has done enough for roads and education sectors in the constituency. “Education is one of the major aspects of development and Ilias Ali has done some commendable job in it. And you can see that the roads and communication means here are much better than other char areas of Assam. Floods ravage the constituency every year and damage roads, but he’s doing enough to maintain the roads and bridges to the best possible extent.”

The condition of most of the roads and streets in the constituency contradict Rahman though.

“Our MLA doesn’t pay any attention to our plight because he knows that we’re his permanent vote bank. We’ve never voted for anyone all these years except Congress even without ever seeing who our representative is. Hence he takes us for granted. But, we are definitely looking for a change this time,” said the elderly gentleman Sahidur Islam.

Hamed Ali, a small time vendor, has perhaps put it rightly: “We’ve never seen him (Ali) ever speaking in the Assembly. He has no voice at all.”

At a time when the grand old party Congress apparently surrendering the constituency to its ally All India United Democratic Front (AIUDF) this time, the “ghost” might disappear permanently from Dalgaon.

People of the constituency, however, fear that the same “ghost” might return to haunt them again in a new avatar if Ali chooses to flaunt the lock and key spending some of the wealth he has accumulated over the past 15 years.