“I did not mean to hurt any religious sentiments as I myself am a huge devotee of Lord Shiva”, Birinchi Bora, who was arrested yesterday in Assam’s Nagaon for staging a street play wherein he played the role of the Hindu God. 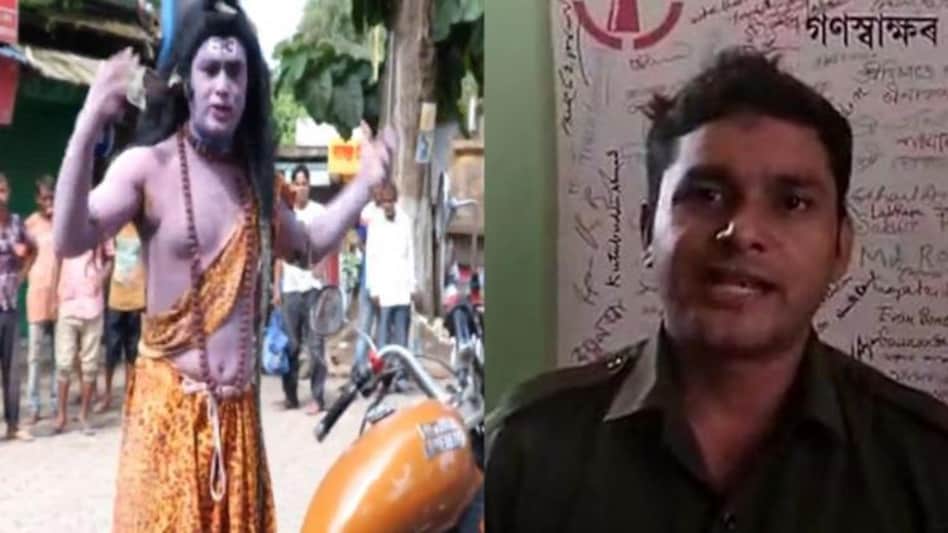 “I did not mean to hurt any religious sentiments as I myself am a huge devotee of Lord Shiva”, Birinchi Bora, who was arrested yesterday in Assam’s Nagaon for staging a street play wherein he played the role of the Hindu God.

Bora, 38, talking to IndiaTodayne.com, opined that there was nothing offensive about his play that triggered a massive reaction from the Bharatiya Janata Party (BJP) and its affiliates.

Moments after finishing a second performance of the play yesterday, Bora was picked up by police and taken to the Nagaon Sadar police station where a number of ruling party workers turned up to deride him with chants of “Jai Shri Ram.”

Birinchi Bora, who conceptualized the play with collaborator Dulal Bora, said that “there was nothing offensive about the play.”

“It was a very simple play, really. It was about Shiva and Parvati having a quarrel over the rise in prices of commodities and other social issues such as unemployment. No disrespect was meant to any God. At a time when Shiva’s name is being replaced in chants with that of PM Modi’s, our skit seems very tame in comparison,” he told this publication.

“Actually, the police did not have a strong case against me which is why I was given bail today. However, because I have been granted bail on notice, I will have to turn up whenever I am summoned,” the actor added.

“We wanted to make the people of price hike and to come out in protest against the government that is the Modi government,” he said.

Yesterday, two Nagaon residents -- Birinchi Bora and Parvati – took to the streets dressed to stage a street play to take a swipe at various issues.

Riding a bike, the duo arrived at College Chowk in Nagaon and staged a drama over the vehicle running out of fuel. The duo also enacted the play once are in the Bada Bazar area.

After news of the stunt broke, members of the Vishwa Hindu Parishad and Bajrang Dal decried the performance claiming it “hurt sentiments.”

A complaint was then registered at the Nagaon Sadar police station against the actor duo — Birinchi Bora and Karishma. A third accused, Dulal Bora, was also summoned by police today.