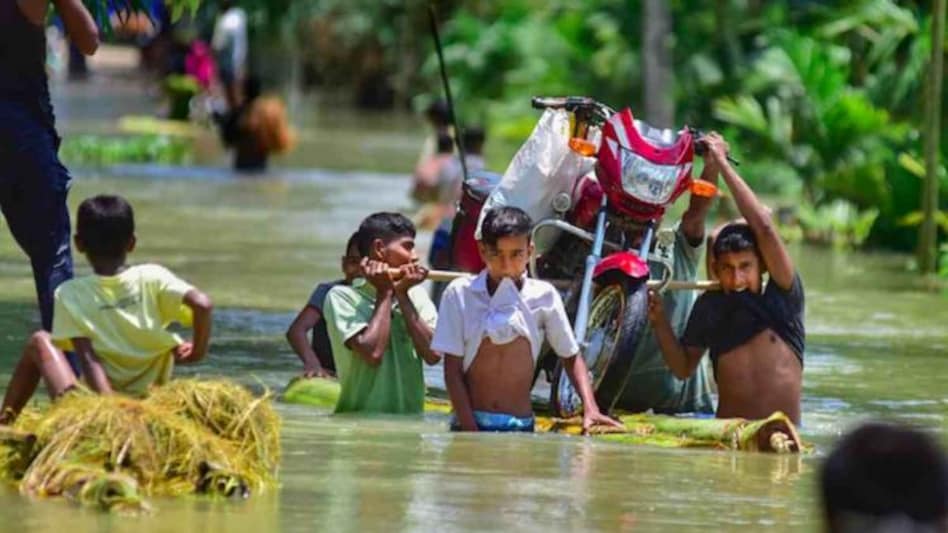 Northeast floods swell into a crisis

Floods and landslides triggered by torrential rain deepened the crisis in the northeast with a total of 302 deaths and devastation. Minister of Development of North Eastern Region Shri G. Kishan Reddy gave detailed information on the Northeast flood in a written reply in Lok Sabha today.

The Disaster Management Division (Ministry of Home Affairs) has assessed the damage caused by hydro-meteorological disasters such as floods during 2022–2023 (as of 12.07.2022) in the states of the North Eastern Region, including Meghalaya.

Flood management comes under the purview of the State Governments, and the schemes for flood control, etc are formulated and implemented by concerned States.

The Union Government supplements the efforts of the States including the States of the North Eastern Region (NER) by providing technical guidance, financial resources, and assistance for the management of floods in critical areas.

Central assistance of Rs. 139.91 crores has been released to the States of Northeast Region for anti-erosion/flood control activities and prevention of landslides during the last 5 years under the schemes of North Eastern Council, including Rs. 22.73 Crore for the State of Meghalaya.

The Government had implemented a plan called Flood Management Programme (FMP) for providing Central Assistance to States including NorthEast Region states for works related to river management, flood control, erosion control, drainage development, etc. which subsequently continued as a component of "Flood Management and Border Areas Programme" (FMBAP) for the period from 2017-18 to 2020-21 and further extended up to September 2022.

In 2017, the Government of India through the Ministry of Development of North Eastern Region (DoNER) extended one-time financial assistance of Rs. 200 crores to five Northeast states namely Arunachal Pradesh, Assam, Manipur, Mizoram, and Nagaland for re-building the totally washed away/damaged infrastructure during the flood in 2017.

Central Water Commission (CWC) is the nodal organization entrusted with the task of flood forecasting & early flood warnings in the country.

In order to provide more lead time to local authorities to plan the evacuation of people and take other precautionary measures, CWC has developed a basin-wise flood forecasting model based on rainfall-runoff.

Also, the North Eastern Space Application Centre (NESAC), an institution established under the joint initiative of the Department of Space and the North Eastern Council (NEC) uses satellite data for developing early warning systems for natural calamities like floods.

At present, there is no proposal to introduce any Bill on the solution for flood and erosion in NER, as per inputs received from the Ministry of Jal Shakti.

Assam: ASI dies after ‘shooting himself’ with service revolver in Tinsukia
advertisement