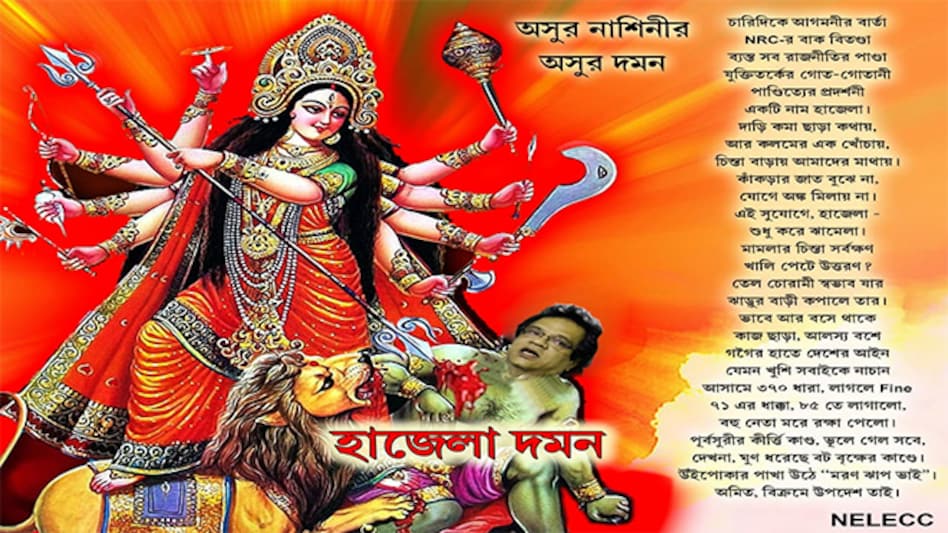 The Northeast Linguistic and Ethnic Coordination Committee (NELECC) staged a protest against the State NRC Coordinator Prateek Hajela on the day of the ‘Mahalaya’ in Silchar and leveled him as the ‘Mahishasur’ of the state.

NELECC also alleged that NRC is a process to divide the people of Assam. They also claimed that people whose names were not listed in the final draft NRC and the people who are been sent to detention camps are not foreigners, thus, they should be released from the camps as soon as possible.

The body further stated that Indian Government on September 7, 2015, passed an ordinance where it was mentioned that the Foreigners Act and Entry to India (Passport Act) will not be applicable in the nation anymore. The members of NELECC claimed that there are no foreigners in the country.

Speaking to InsideNe, Chief Advisor of NELECC Santanu Naik said that the organization does not hold any personal grudges against Prateek Hajela but they have only vented their anger after Hajela had proposed to Supreme Court to bringing down the list of documents from 15 to 10 for those claiming for inclusion in the NRC.

It may be mentioned that when the first draft of NRC was published, Prateek Hajela was praised for his efforts but as soon as the second draft of NRC got published, Hajela turned out to be an antagonist for many.