News
Assam
One arrested with fake currency having face value of 60,000 along Indo-Bangladesh border

One arrested with fake currency having face value of 60,000 along Indo-Bangladesh border 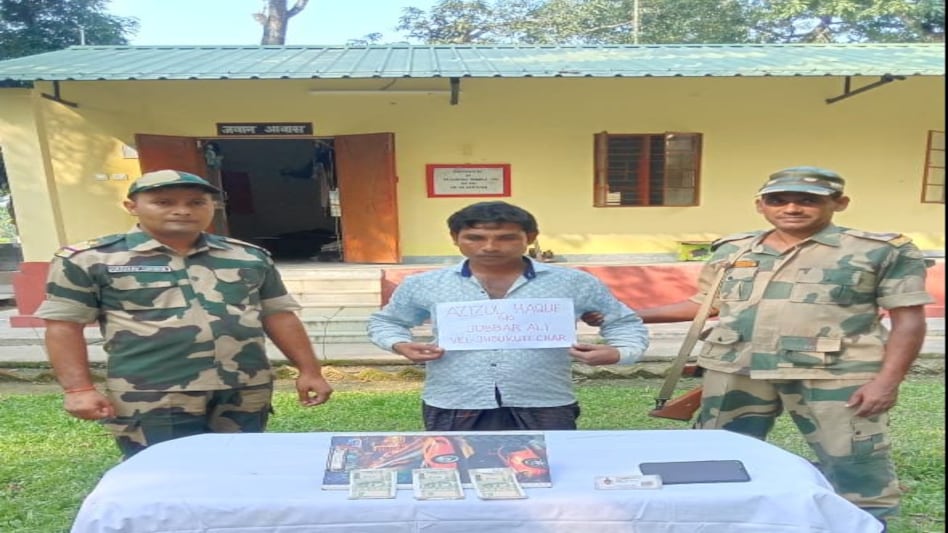 FICN with face value of 60,000 along Indo-Bangladesh border

GUWAHATI: In yet another success in its crusade against Fake Indian Currency Notes (FICN) smuggling, Border Security Force (BSF) arrested one FICN racketeer today along the Indo-Bangladesh border.

Acting on a tip-off, a special operation was carried by the troops of 31 Bn and BSF intelligence branch under the aegis of Guwahati Frontier and apprehended the Indian FICN racketeer and seized FICN having face value of Rs. 60,000 from his possession from village R R Kuti Part-II, P.S Agomani, district- Dhubri (Assam).

The accused person was arrested while being trying to smuggle the FICN from Bangladesh to India.

Apprehended Indian FICN racketeer along with seized FICN are being handed over to Police for further legal action.

Keeping in view of the vulnerability of the border, heightened activities of the smugglers, and anti-national elements on the border, BSF troops are always alert towards the issues of trans-border crimes and are making all-out efforts to prevent the commission of such crimes.