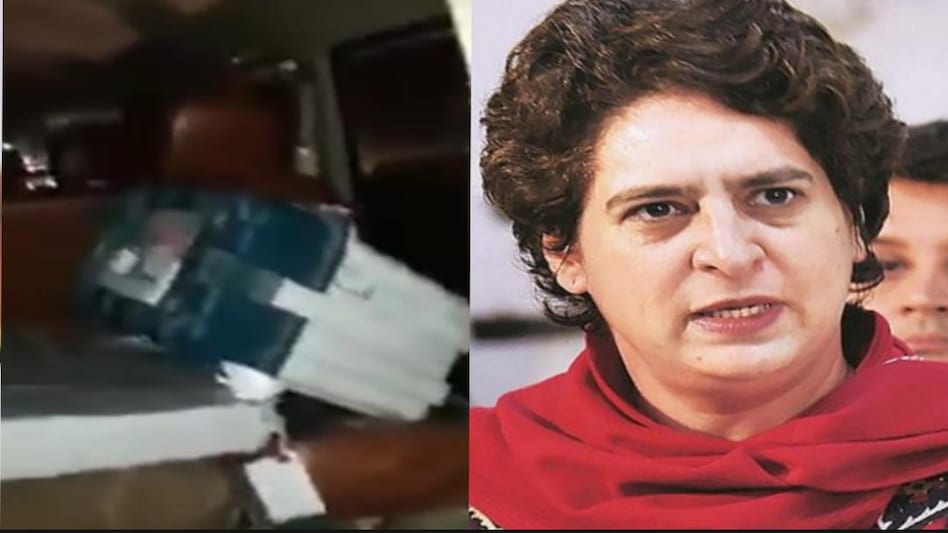 GUWAHATI: After a video went viral on social media alleging that electronic voting machines (EVMs) were being transported in the car of Bharatiya Janata Party (BJP) MLA from Patharkandi, Krishnendu Paul, after the second phase of polling in Assam concluded, Congress leader Priyanka Gandhi called for a serious re-evaluation of the voting machines' use by all national parties.

The general secretary of the Congress also stated that the Election Commission should begin taking action on these complaints immediately.

The video was shared by an Assam-based journalist on Twitter stating that the incident had tense the situation in Patharkandi.

According to reports, the EC car had broken down, and officials were given a lift in a passing car that was later identified as belonging to the BJP candidate.

Unknown persons attacked the car carrying the polled EVM, causing the filing of an FIR.

“Every time there is an election videos of private vehicles caught transporting EVM’s show up. Unsurprisingly they have the following things in common: 1. The vehicles usually belong to BJP candidates or their associates,” she tweeted.

“The videos are taken as one-off incidents and dismissed as aberrations. The BJP uses its media machinery to accuse those who exposed the videos as sore losers. The fact is that too many such incidents are being reported and nothing is being done about them,” she further said.

Polls for the second phase of the Assam assembly elections for total 39 assembly seats was held yesterday, which saw 73.03 % voter turnout.