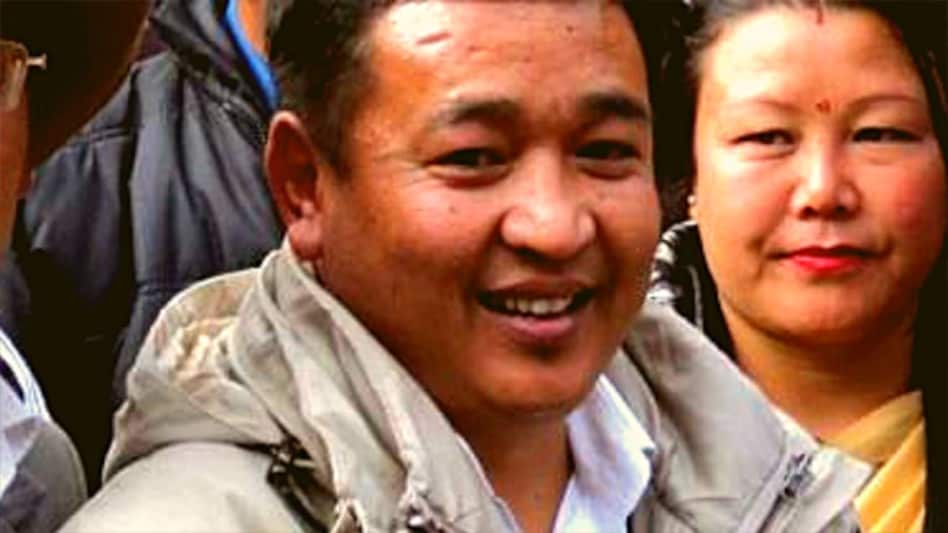 GUWAHATI: United People's Party Liberal (UPPL) Chief Promod Boro will be the new Chief Executive Member (CEM) of the Bodoland Territorial Council (BTC), Assam Chief Minister Sarbananda Sonowal announced after a meeting at his residence in Guwahati that featured the top brass of both the BTC and UPPL.

This has officially ended speculations about who will be the next CEM in the Council after the election culminated in a Hung House, with the Bodoland People's Front (BPF) emerging as the single largest party, winning 17 Seats. Significantly, this will be the first time that a non-Bodoland People's Front (BPF)-led Government will assume charge of the strife-torn Council.

Thanking the people of the BTC for a "peaceful" election in the Council, Sonowal has stated that Boro, whose party secured 12 Seats in the Council polls, will be appointed as CEM.

Earlier in the day, Boro had met BJP's go-to man in the Northeast, Himanta Biswa Sarma, at the Hotel Lily in Guwahati city's Six-Mile area. Naba Kumar Sarania, the Kokrajhar MP who heads the Gana Sauraksha Party (GSP), will also be a part of the alliance, reports said.

The GSP won a Single Seat in the election, while the BJP bagged 9 Seats. Notably, this is the saffron party's best showing in the Bodo-dominated region of Assam.

Boro, much like the BJP, has resolved to implement all the tenets of the BTR treaty that was signed earlier in the year, paving the way for an end to insurgency in the region. The treaty has been a major bone of contention between the BJP and BPF parties.

ALSO READ: Mahatma Gandhi statue in the US desecrated by Khalistani elements amid protests

According to reports, the new administration in the BTR shall be sworn in on the 17th of this month. Celebrations have already begun in all the 4 districts in the BTR (Kokrajhar, Chirang, Udalguri, and Baksa) where Boro has been a popular figure ever since his days serving as the president of the All Bodo Students' Union, the apex student body in the BTC.

Earlier today, BPF supremo Hagrama Mohilary, cutting a forlorn figure, implored the BJP to continue its alliance with his party and form the Government. Biswa Sarma, however, stated that the mandate has been for 'parivartan' (or change), hinting at an alliance with the UPPL. The speculations finally came true after CM Sonowal himself declared that Boro, and not Hagrama, will become the CEM.

">@sarbanandsonwal, ">@himantabiswa, ">@RanjeetkrDass and ">@BJP4Assam unit. I thank people of Assam for their continued faith in PM ">@narendramodi’s resolve towards a developed North East, he wrote in a tweet.