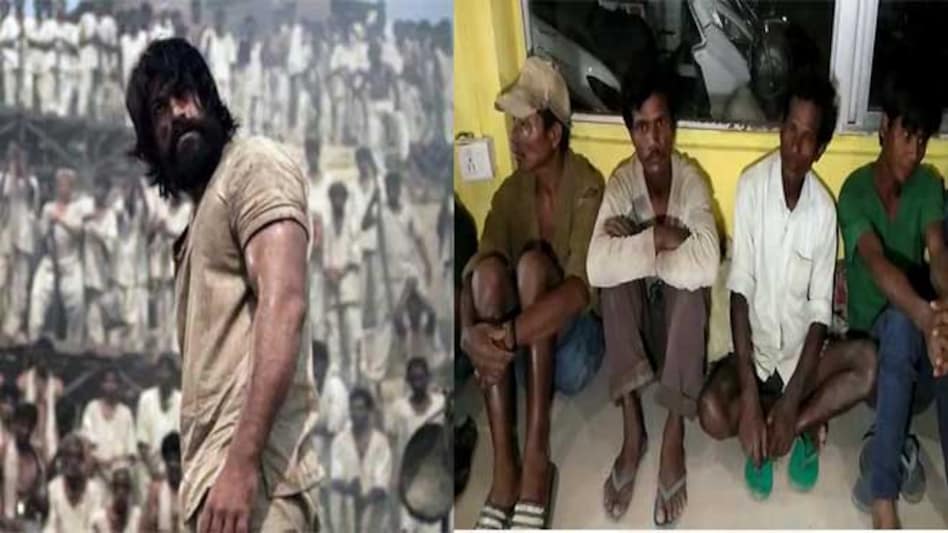 All the people must have watched the 2018 Indian Kannada-language period action “KGF” movie that surfaced the story of Kolar Gold Fields and the brutality faced by the slaves of the gold fields. It depicted the plight of the workers who were treated like slaves and compelled to work for the owner of the gold field.

Well, a similar incident has happened in the state of Assam where 19 labours and one pregnant lady were rescued from bonded labour, which can be called a' real life KGF incident'.

The incident was recorded at the Ghiladhari village located in Golaghat district where the 19 labourers including a woman and a child were rescued by a joint team of the Barpathar and Ghiladhari police units on Wednesday.

The labourers were rescued from the house one Anundoram Bora who held them captive from a long period of time. The arrested his son identified as Maina Bora for in relation to the case.

Speaking to the media, the police informed that a report of missing persons was filed at Barpathar police Station in the name of Simanta Hazarika and based on the complaint, the police launched a search operation and rescued him on Tuesday.

After rescuing Hazarika, he revealed that many such labourers were kept captive in the house. The police have rescued the people based on Hazarika’s inputs and registered a case against the Anundoram Bora, the owner of the house where the 'slaves' were being kept.

On the other hand, the rescued labourers informed that the owner of the house used to beat them up and did not allow them to go anywhere. They were taken out in the morning for labour works in the agricultural fields and taken back to the house in the evening. The labourers also mentioned that they were given no wages for their works and there were brokers involved in bringing the labourers to the house. The pregnant woman was used as a maid in their house.

Currently, the rescued victims are in the custody of Golaghat police.