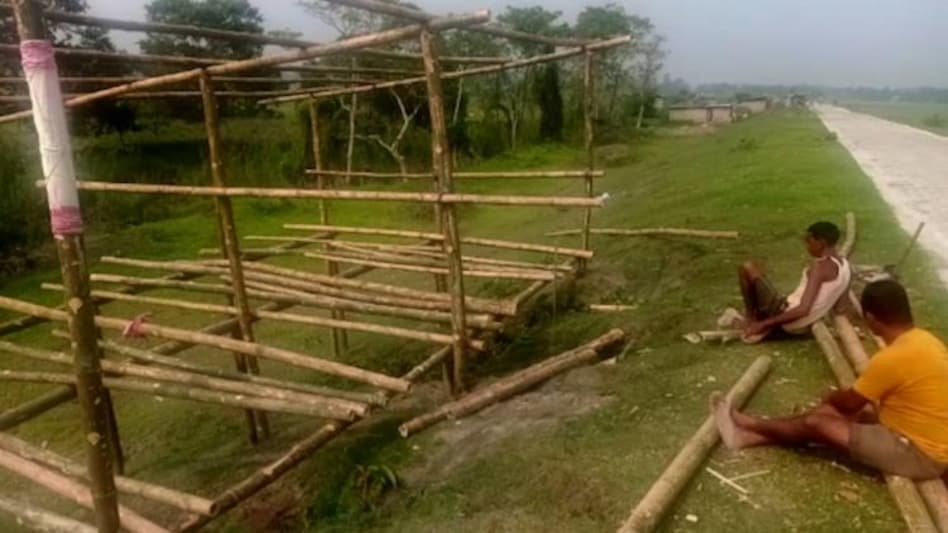 Alleged encroachment on satra land in Majuli has been raising concern at a time when the state government is having zero tolerance on encroachment in various parts of the state.

Sources said that Satradhikar of the satra Mahesh Chandra Dev Goswami for the last 40 years have been indulging in agriculture on the land and with the revenue running the satra.

Locals rued the fact that the administration has been allegedly ignoring the directive of the chief minister Himanta Biswa Sarma regarding conservation of satra land.

Sources further said that as many as 35 bighas of land of Adhar Mahora satra have been encroached and suspected individuals have started making houses on the said land.

It has been further alleged that many bighas of land of the satra has been sold off without knowledge of the satradhikar.

Earlier, authorities in Assam had launched eviction drive on 400 acres of government land at the Baghbor Satra in the Barpeta district on the morning of December 26.

As such, several families have already vacated the land, but there were still 30 families who were staying there illegally even after receiving the eviction notice.

The drive is carried out by district administration and security personnel on 400 bighas of encroached land where almost 45 families were illegally staying.

In another incident a massive eviction drive was carried out on 1200 bighas (nearly 397 acres) of land by Nagaon district administration on December 19.

It is learnt that the eviction drive was carried out by Nagaon district administration in different areas of Batadrava.

Speaking in the assembly during a Zero Hour discussion initiated by Congress MLA Kamalakhya Dey Purkayastha, Assam Chief Minister Himanta Biswa Sarma had said the BJP government will continue to carry out eviction exercises and "there is no point talking about it".