Six tribal communities on September 22 launched a protest against the Centre accusing them of overlooking many such communities of Assam while granting Scheduled Tribes (ST) status to communities from five other states. 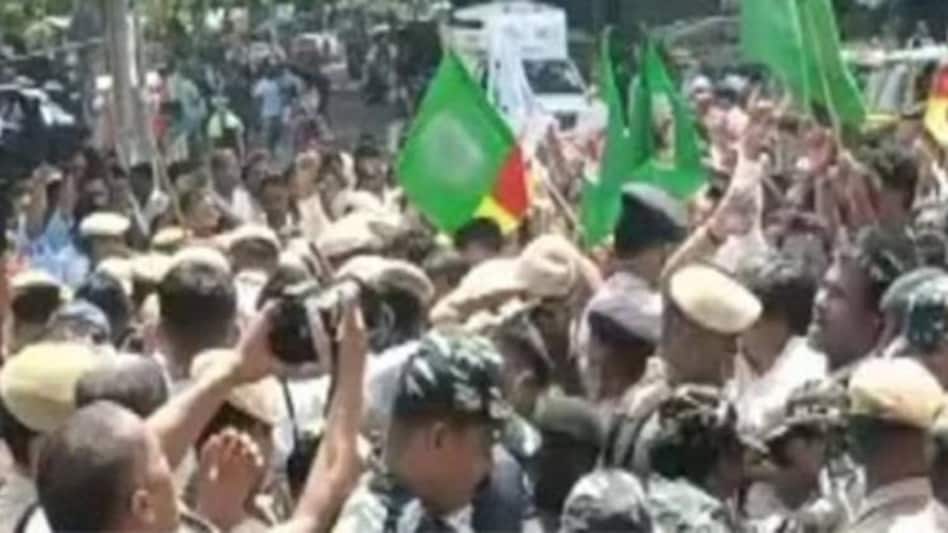 Six tribal communities on September 22 launched a protest against the Centre accusing them of overlooking many such communities of Assam while granting Scheduled Tribes (ST) status to communities from five other states.

The protestor tried to gherao the state secretariat in Dispur who reached here from different parts of Assam demanding the granting of ST status to communities.

Following the protest, the police forces have been deployed in large numbers to control the crowd and to stop any untoward incident.

The police forces have been asked to stop representatives of Janagosti Oikya Mancha who represent six tribes of the state from entering Dispur.

Six communities in Assam on September 19, threatened to launch a coordinated stir over the “inordinate delay” in granting them ST status and had also said that they would not engage in any discussions convened by the government.

It is to be mentioned here that the state government had invited them for the talks on September 21 but the Oikya Mancha announced a massive protest at Janata Bhawan on September 22.

Earlier on 15 September, Chief Minister Himanta Biswa Sarma said the ST status ball was in the court of the Rajya Sabha and the State government could do little about it.

Milan Buragohain, the joint secretary of ATASU had said that the government's talk was only about destroying the democratic movement, adding, ''They are holding talks but have not provided a solution to the issue''.

“This government is worst than the previous one. We won’t boycott the election but will give a reply. I will participate in the talks only if there is a tripartite meeting. In the 2014 Lok Sabha elections, the BJP had promised us but now showing zero interest”, he added.