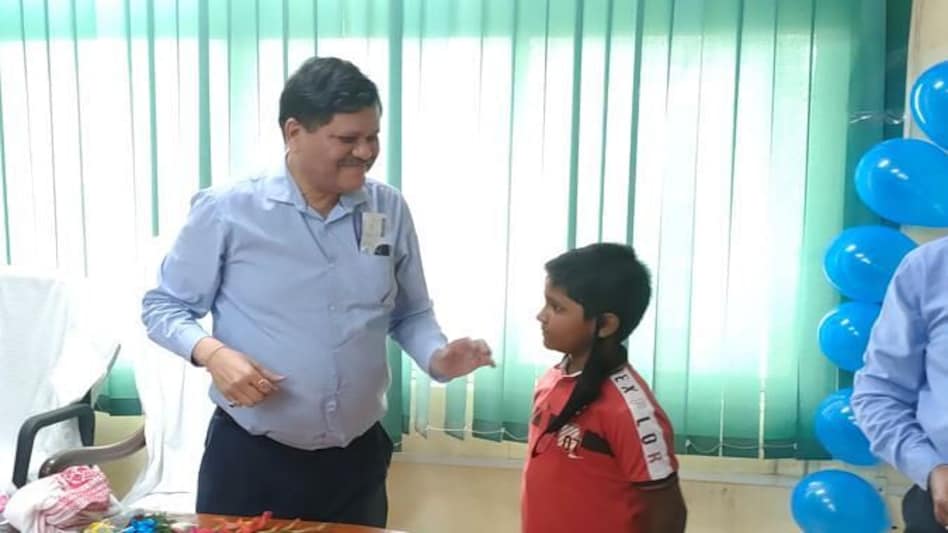 State's Chief Secretary Jishnu Barua inaugurated the 'Swachhata' mascot 'River dolphin' today in Silchar at a celebration organised by the Silchar Municipal Board (SMB) in collaboration with the Cachar district administration at the SMB's conference hall.

The celebration, held on Friday at the DC Conference Hall, was organised by the district administration and the Silchar Municipality Board. River dolphins are an endangered species that is on the verge of extinction in the Barak River.

The mascot for this year has been chosen as part of Silchar Municipal Board's cleanliness programme to resuscitate this endangered species with an emphasis on clean river-ecosystem.

The Swachhata mascot ('River dolphin') will assure the promotion of the Swachhata campaign, which is now underway under the auspices of the 'Swachh Bharat Mission.'

Expressing his views, Chief Secretary Jishnu Baruah said, "We need to conserve our rivers and so adequate steps must be taken to protect them through effective waste management." Cachar DC Keerthi Jalli also shared her reaction on the occasion. She said, "River dolphin is an endangered species and researchers from Assam have warned in a study that the endangered Ganges river dolphin, India's national aquatic animal is heading towards 'local extinction' in the Barak river system of the state."

DC Jalli commented on effective trash management, stating that the Silchar Municipal Board, in collaboration with the District Administration Cachar, launched the 'Swachh Sundar Silchar' (Clean, Beautiful Silchar) initiative in the field of Solid Waste Management on July 14, 2019.

She went on to say that the Silchar Municipal Board had identified thirty Garbage Vulnerable Points throughout town, which had been fenced and banners with the wording 'Dumping on the road is a serious infraction' had been put.

It was also stated that the Silchar Municipal Board is responsible for the daily cleaning of commercial areas, garbage dumps, and drains.

In addition, a vermicomposting system for wet waste management has been installed, and a citizen awareness campaign for an effective waste management strategy has been organised in order to make Silchar town clean and green.

DC Jalli also urged people not to clog drains with garbage because they are connected to rivers, which sustain aquatic life.

The meeting also highlighted that feedback for the Swachh Bharat Mission is currently being collected through Swachh Sarvekshan 2022, and that by adopting this mascot, the public will be encouraged to participate in the programme.

Later, a prize distribution ceremony was held, during which the Executive Officer SMB, Jessica Lalsim, handed over prizes to the first three participants in the essay writing competition on the theme 'Swachhata.'

During the review meeting, Barua stated that, while the power supply in Karimganj District has improved since the commissioning of the Karimganj 132/33 kv Grid Substation in February 2021, revenue collection still needs to be improved.