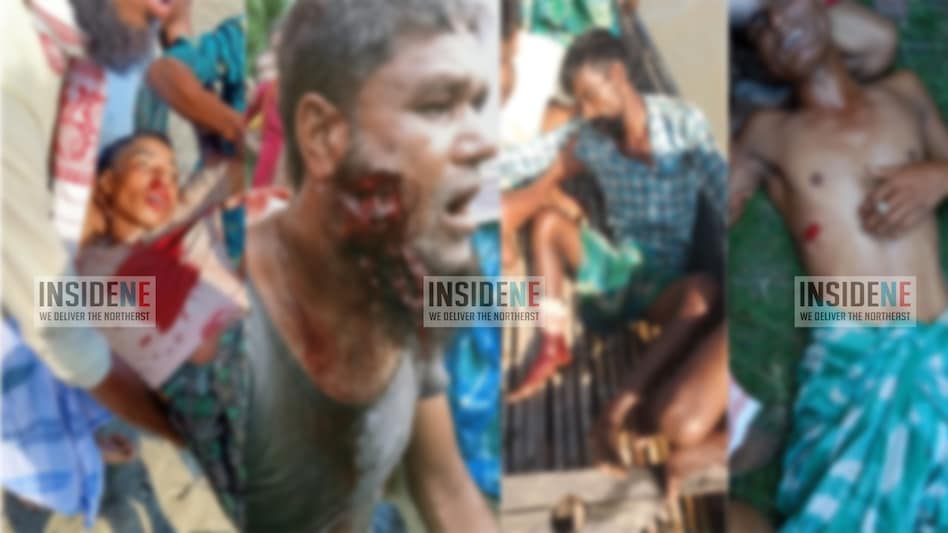 DARRANG: Violence erupted in Dholpur in Darrang district of Assam this afternoon as three civilians were killed while several have been injured in a police firing during a protest against eviction drive at Dhalpur.

The deceased persons have been identified as --Saddam Hussain, son of Monser Ali, Forid, son of  Khaleque Ali and Juban Ali son of Habel Ali.

At least 800 families, occupying about 4,500 bighas of land Darrang were evicted as part of the state government’s drive against “illegal encroachments” on Monday.

Families exhibited no resistance that day, instead of relocating their belongings.

Continuing the eviction process, the Assam government today went for eviction in Dhalpur are of Sipajhar where they met with severe protest from the locals over the eviction which led to a clash between the police and the locals.

According to sources, over 10,000 encroachers were protesting at the no 3 area against the eviction drive.

People were protesting against eviction from the morning which ultimately led to a clash with the police.

In an attempt to control the crowd police opened fire, killing three people and injuring several others.