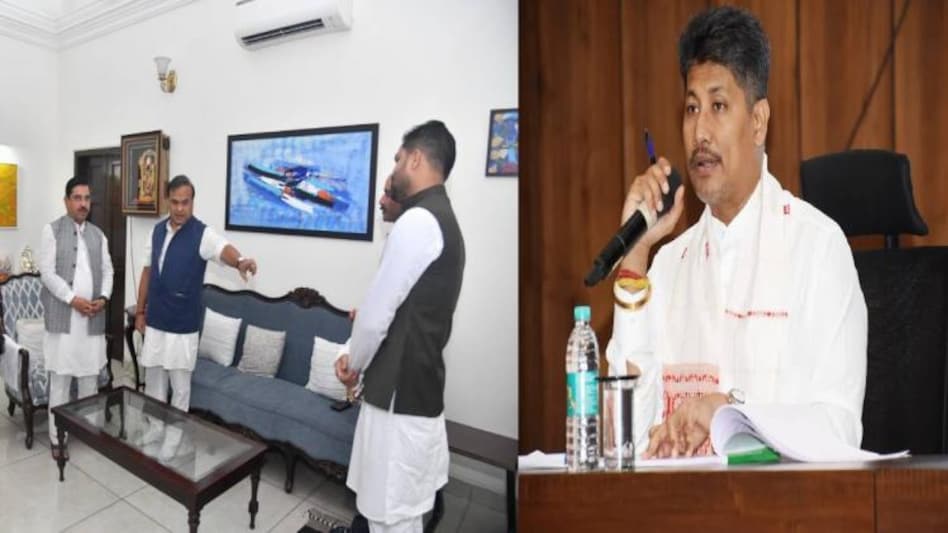 “5 days before filing the fabricated FIR, Hon’ble CM Dr. @himantabiswa sir took him to the Residence of the Hon’ble Union Coal Minister Shri @JoshiPralhad ji at 9 am of 26th July, 2022 in order to help him in his trade union related matter,” added Hazarika in his tweet.

On the other hand, Assam Minister Pijush Hazarika further added on his Twitter thread that Jaimangal has been regularly meeting Assam CM Sarma and will face the law for “making fraudulent allegation” against the Assam CM and against those tribal MLAs who were arrested.

In a video message, BJP MLA Sushil Singh asserted that Jaimangal personally travelled to Delhi to meet Union minister Pralhad Joshi to discuss matters pertaining to their state and that he was already acquainted with Himanta Biswa Sarma.

A deep political clutter erupted with allegations-counter allegations now filling up the social media platforms following the confiscation of Rs 49 lakh in the car of three Jharkhand Congress MLAs travelling through Bengal on Saturday, as a fellow party legislator accused the trio in an FIR on Sunday trying to bribe him at the behest of Assam CM Himanta Biswa Sarma and other BJP Bigwigs to topple the Hemant Soren government in Jharkhand.